Dutch traders landed at the southern tip of modern day South Africa in 1652 and established a stopover point on the spice route between the Netherlands and the Far East, founding the city of Cape Town. After the British seized the Cape of Good Hope area in 1806, many of the Dutch settlers (the Boers) trekked north to found their own republics. The discovery of diamonds (1867) and gold (1886) spurred wealth and immigration and intensified the subjugation of the native inhabitants. The Boers resisted British encroachments but were defeated in the Boer War (1899-1902); however, the British and the Afrikaners, as the Boers became known, ruled together beginning in 1910 under the Union of South Africa, which became a republic in 1961 after a whites-only referendum. In 1948, the National Party was voted into power and instituted a policy of apartheid - the separate development of the races - which favored the white minority at the expense of the black majority. The African National Congress (ANC) led the opposition to apartheid and many top ANC leaders, such as Nelson MANDELA, spent decades in South Africa's prisons. Internal protests and insurgency, as well as boycotts by some Western nations and institutions, led to the regime's eventual willingness to negotiate a peaceful transition to majority rule. The first multi-racial elections in 1994 brought an end to apartheid and ushered in majority rule under an ANC-led government. South Africa since then has struggled to address apartheid-era imbalances in decent housing, education, and health care. ANC infighting, which has grown in recent years, came to a head in September 2008 when President Thabo MBEKI resigned, and Kgalema MOTLANTHE, the party's General-Secretary, succeeded him as interim president. Jacob ZUMA became president after the ANC won general elections in April 2009. (World Factbook)

With the ANC and the PAC banned and African political activity officially limited to government-appointed bodies in the homelands, 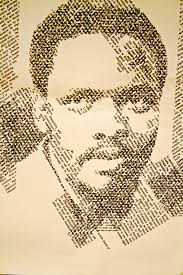 young people sought alternative means to express their political aspirations. In the early 1960s, African university students looked to the multiracial National Union of South African Students (NUSAS) to represent their concerns, but, as this organization adopted an increasingly conservative stance after Vorster's crackdown, they decided to form their own movement. Led by Steve Biko, an African medical student at the University of Natal, a group of black students established the South African Students' Organisation (SASO) in 1969 with Biko as president. Biko, strongly influenced by the writings of Lembede and by the Black Power movement in the United States, argued that Africans had to run their own organizations; they could not rely on white liberals because such people would always ally in the last resort with other whites rather than with blacks. He argued that blacks often oppressed themselves by accepting the second-class status accorded them by the apartheid system, and he stressed that they had to liberate themselves mentally as well as physically. He rejected, however, the use of violence adopted by the ANC and the PAC in the early 1960s and emphasized that only nonviolent methods should be used in the struggle against apartheid.Biko's message had an immediate appeal; SASO expanded enormously, and its members established black self-help projects, including workshops and medical clinics, in many parts of South Africa. In 1972 the Black Peoples' Convention (BPC) was set up to act as a political umbrella organization for the adherents of black consciousness. Although the government had at first welcomed the development of black consciousness because the philosophy fit in with the racial separation inherent in apartheid, it sought to restrict the activities of Biko and his organizations when these took a more overtly political turn. In 1972, SASO organized strikes on university campuses resulting in the arrest of more than 600 students. Rallies held by SASO and the BPC in 1974 to celebrate the overthrow of Portuguese colonialism in Angola and Mozambique resulted in the banning of Biko and other black consciousness leaders and their arraignment on charges of fomenting terrorism.  Source: South Africa: A Country Study.