Colombia was one of the three countries that emerged from the collapse of Gran Colombia in 1830 (the others are Ecuador and Venezuela). A four-decade long conflict between government forces and anti-government insurgent groups, principally the Revolutionary Armed Forces of Colombia (FARC) heavily funded by the drug trade, escalated during the 1990s. The insurgents lack the military or popular support necessary to overthrow the government and violence has been decreasing since about 2002, but insurgents continue attacks against civilians and large areas of the countryside are under guerrilla influence or are contested by security forces. More than 31,000 former paramilitaries had demobilized by the end of 2006 and the United Self Defense Forces of Colombia (AUC) as a formal organization had ceased to function. In the wake of the paramilitary demobilization, emerging criminal groups arose, whose members include some former paramilitaries. The Colombian Government has stepped up efforts to reassert government control throughout the country, and now has a presence in every one of its administrative departments. However, neighboring countries worry about the violence spilling over their borders. Source: World Factbook 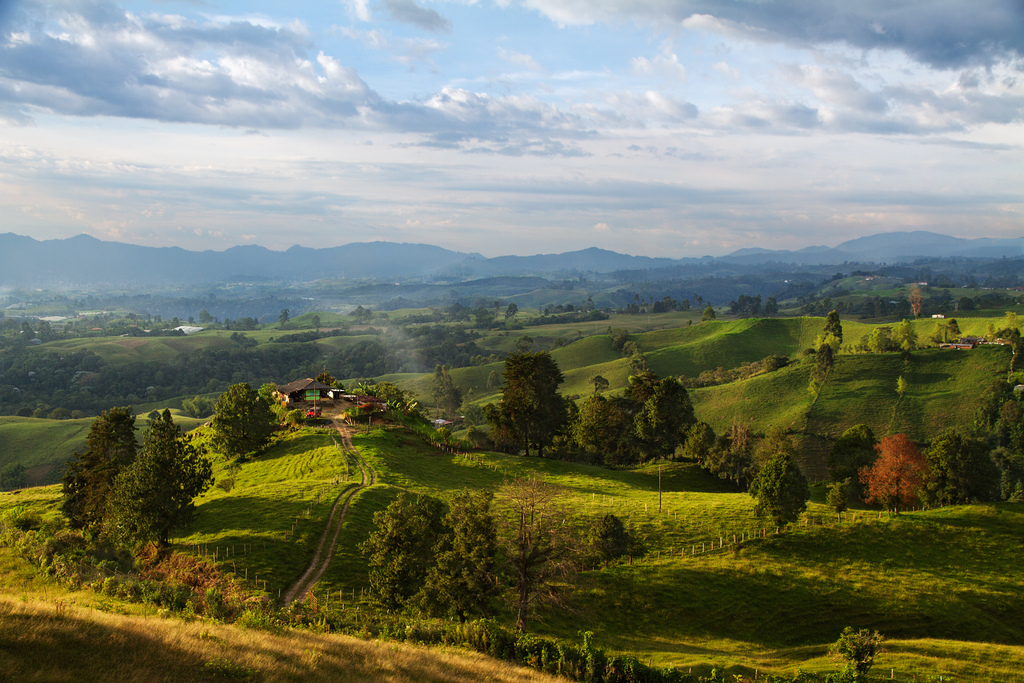