History of the Cardinal Bird: 1980-present: The Era of the Costumed Character 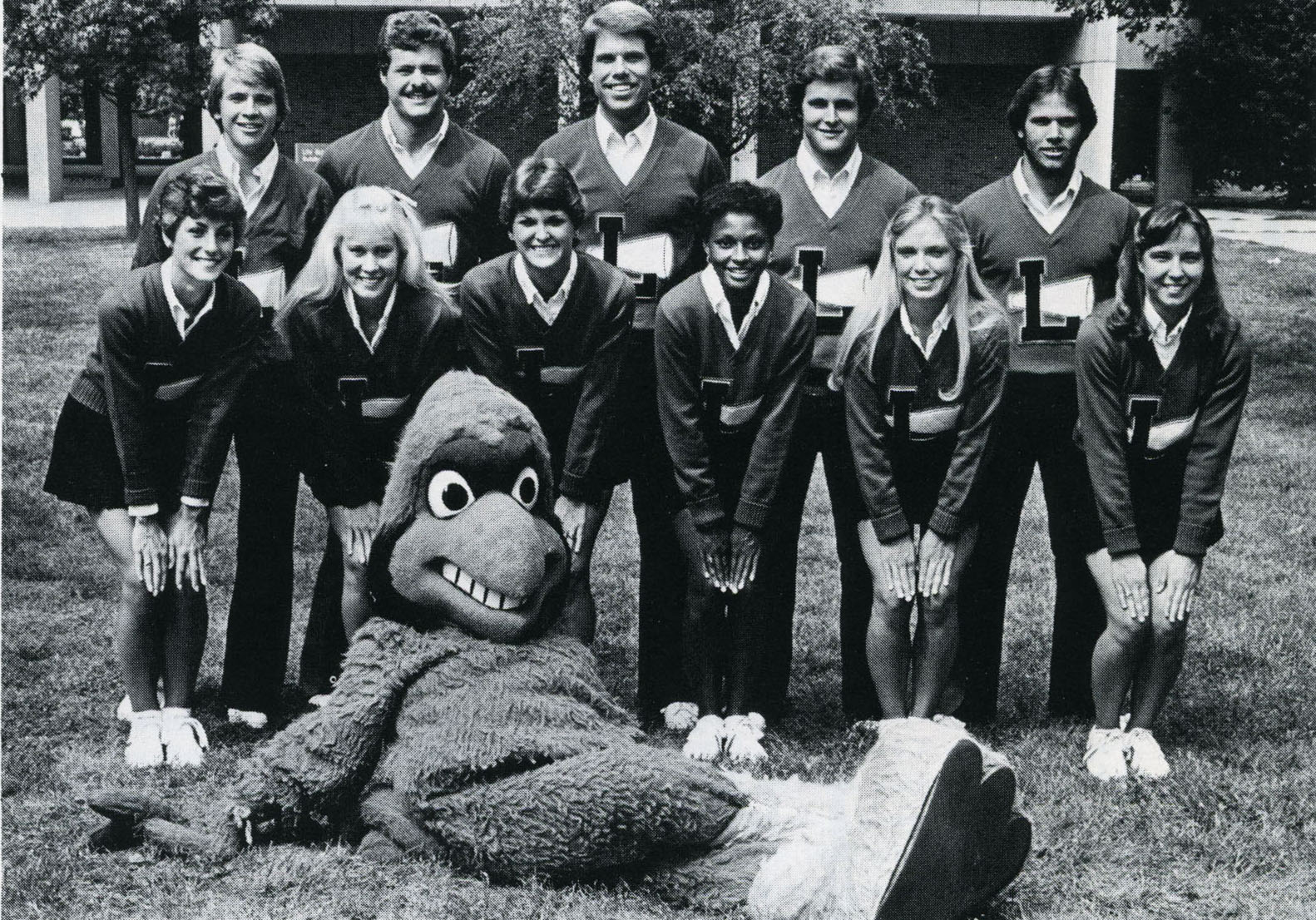 Here, he poses with the cheerleaders.

While the intent of most mascots is to demonstrate the ferocity of the school's team, they are also often lovable. 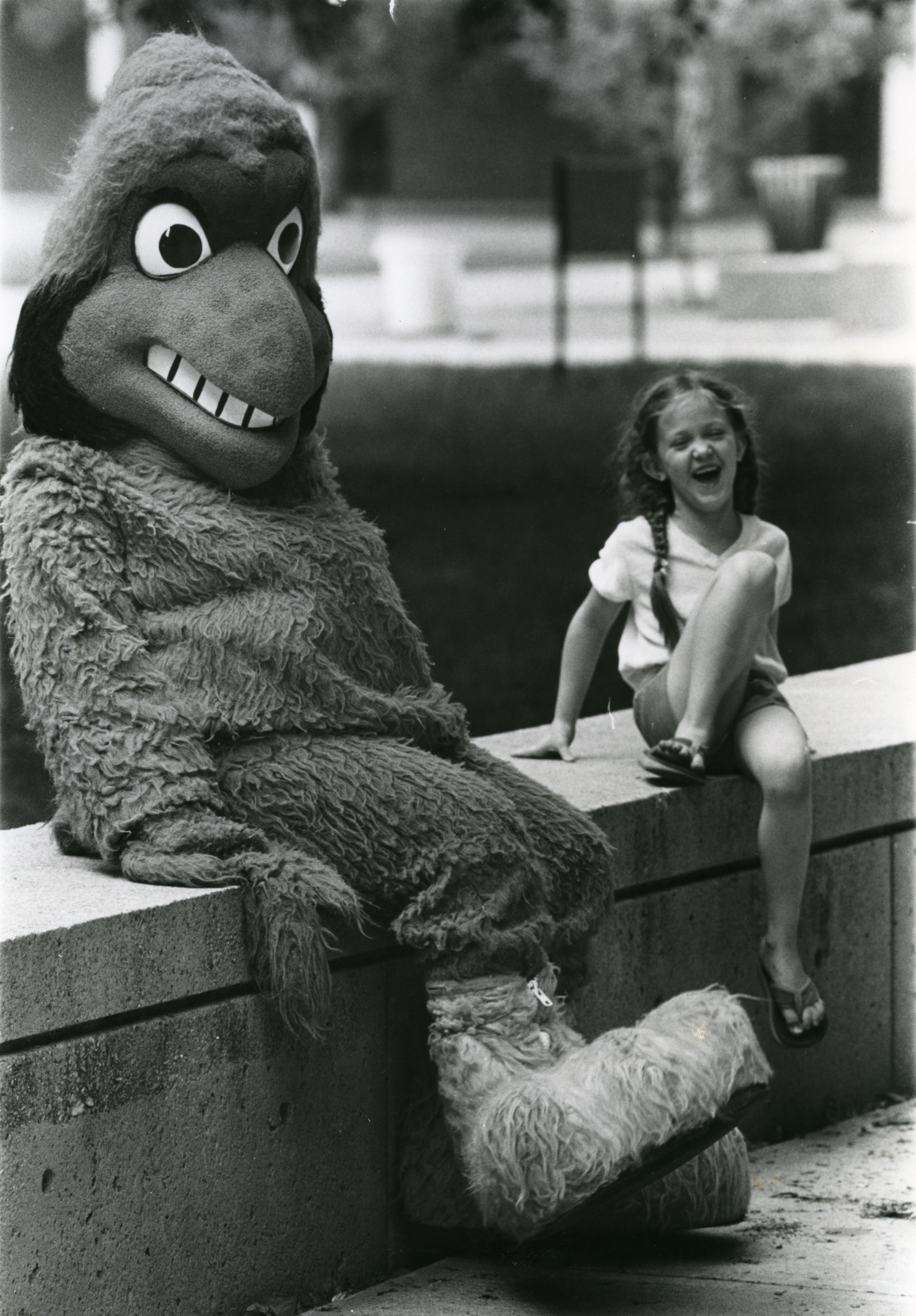 Here, the Cardinal Bird shares a laugh with a young fan (1980s). 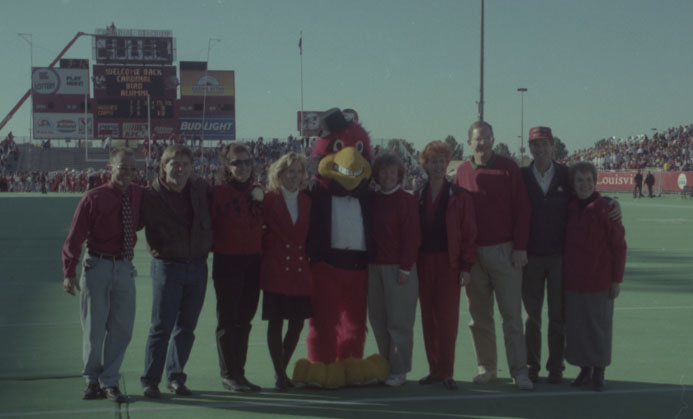 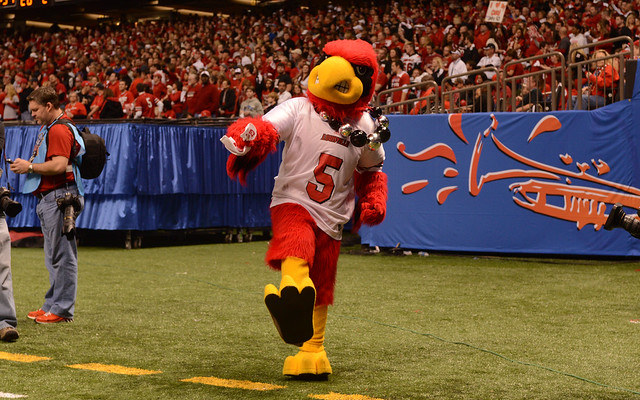 The Cardinal Bird at the Sugar Bowl, January 2013.

The Cardinal Bird/Louie received a significant redesign in 2016, taking on a leaner, meaner aspect. 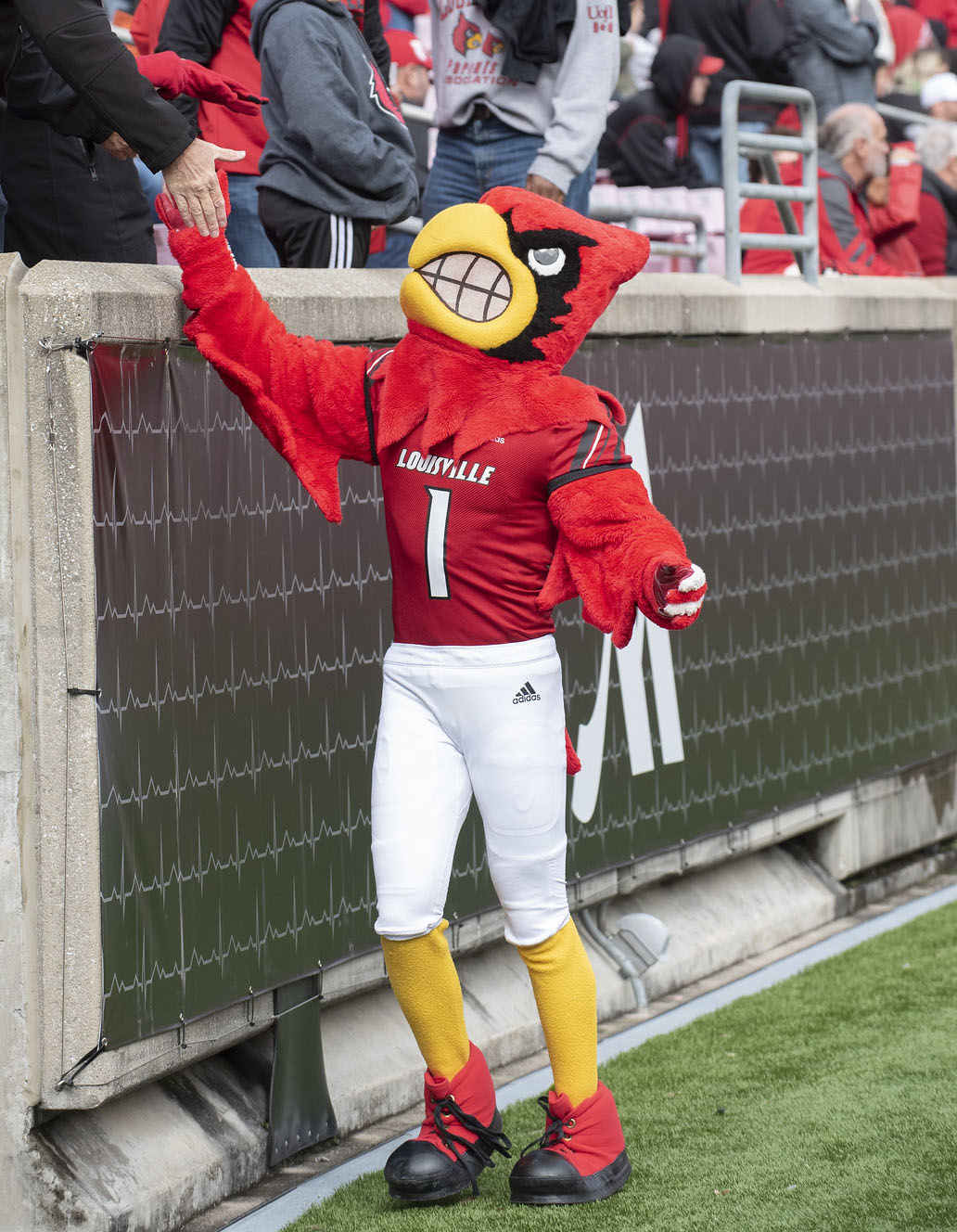