According to a 2009 UofL Magazine article, the first Cardinal Bird costume with a papier mache head was created in 1958. Dick Dyson, who served as the Cardinal Bird in academic years 1958-1959 and 1959-1960, reported that his cosume was made at the University of Louisville Arts Center, of papier mache on a wire frame. His long black coat came from the UofL Players. Dyson characterized his tenure as "unofficial."

In 1962-63, Lloyd Collins served as the Cardinal Bird. Sally Herman (Poland) developed the Lady Bird in the fall of 1962. She had been interested in being the Cardinal Bird, but since that position was taken, she developed her own character. Her head was a football helmet covered with papier mache. She made her debut during a basketball game: someone acted the part of a preacher at the wedding of the Cardinal Birds.

in 1963-64, Sally Herman and her husband-to-be played the mascots. They were married on August 8, 1964 and set off for Ankara, Turkey to serve in the Peace Corps. 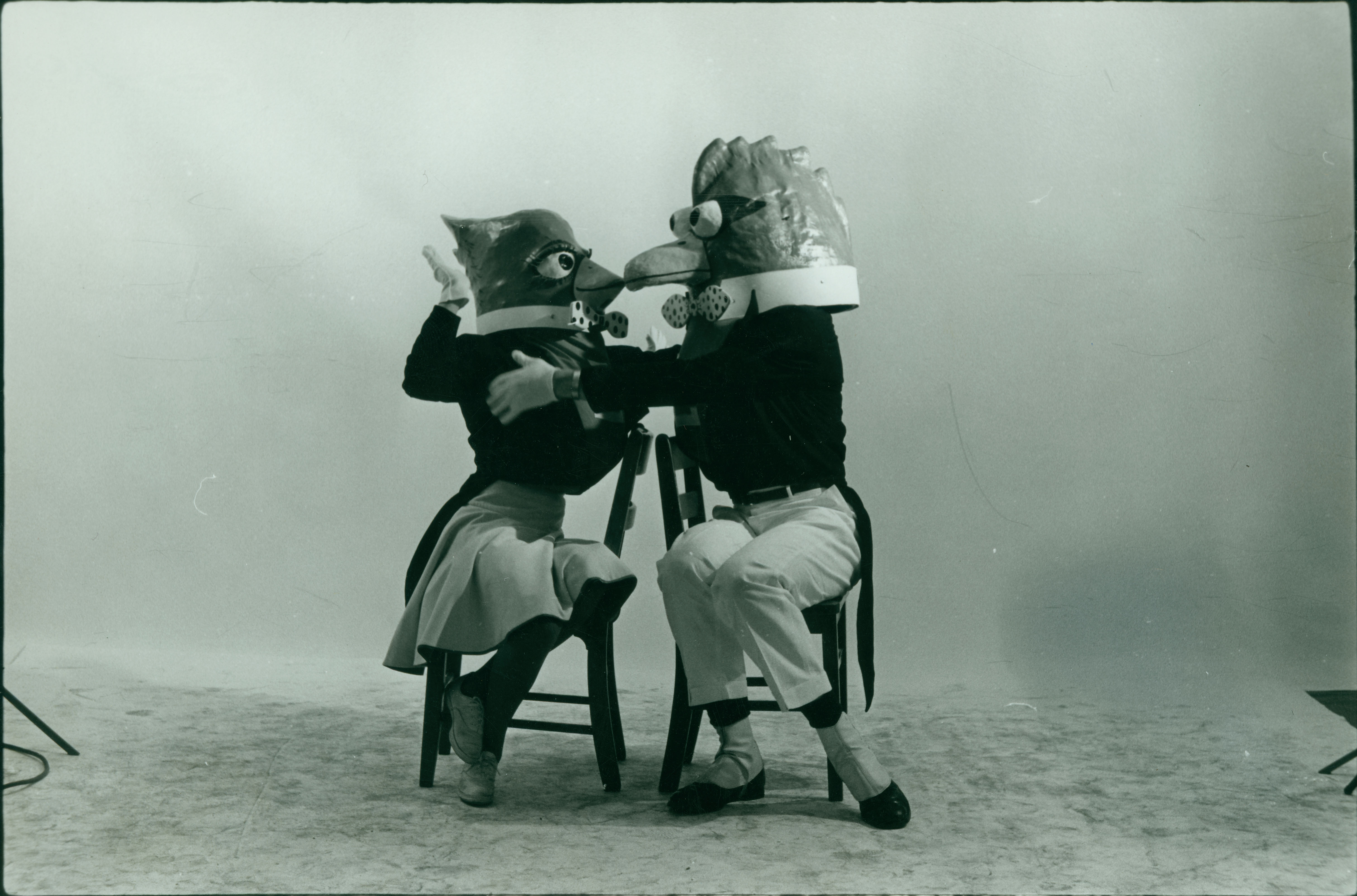 The Cardinal Bird and Lady Bird in costume (above), and with their true identities revealed (below), 1964. 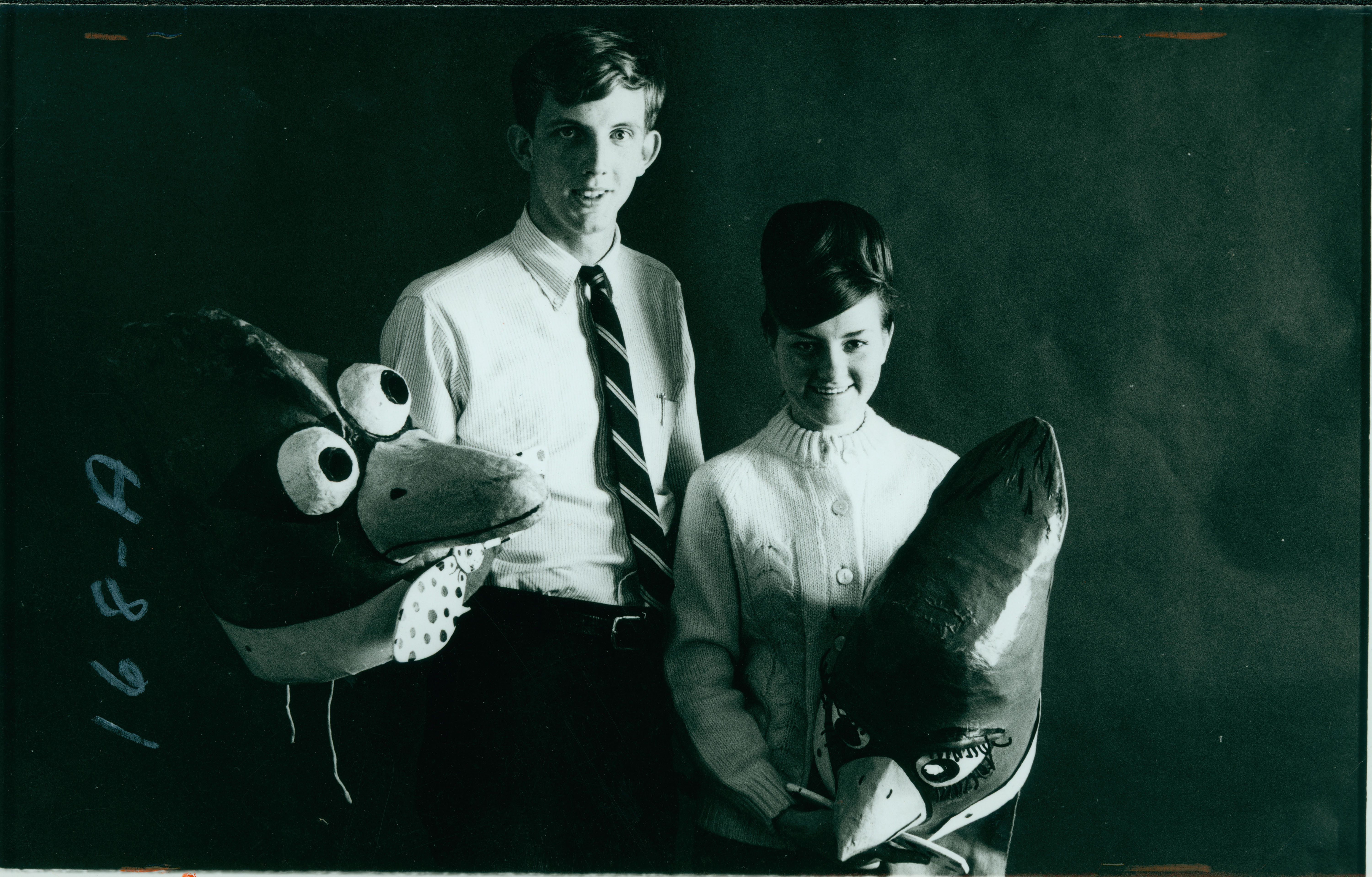 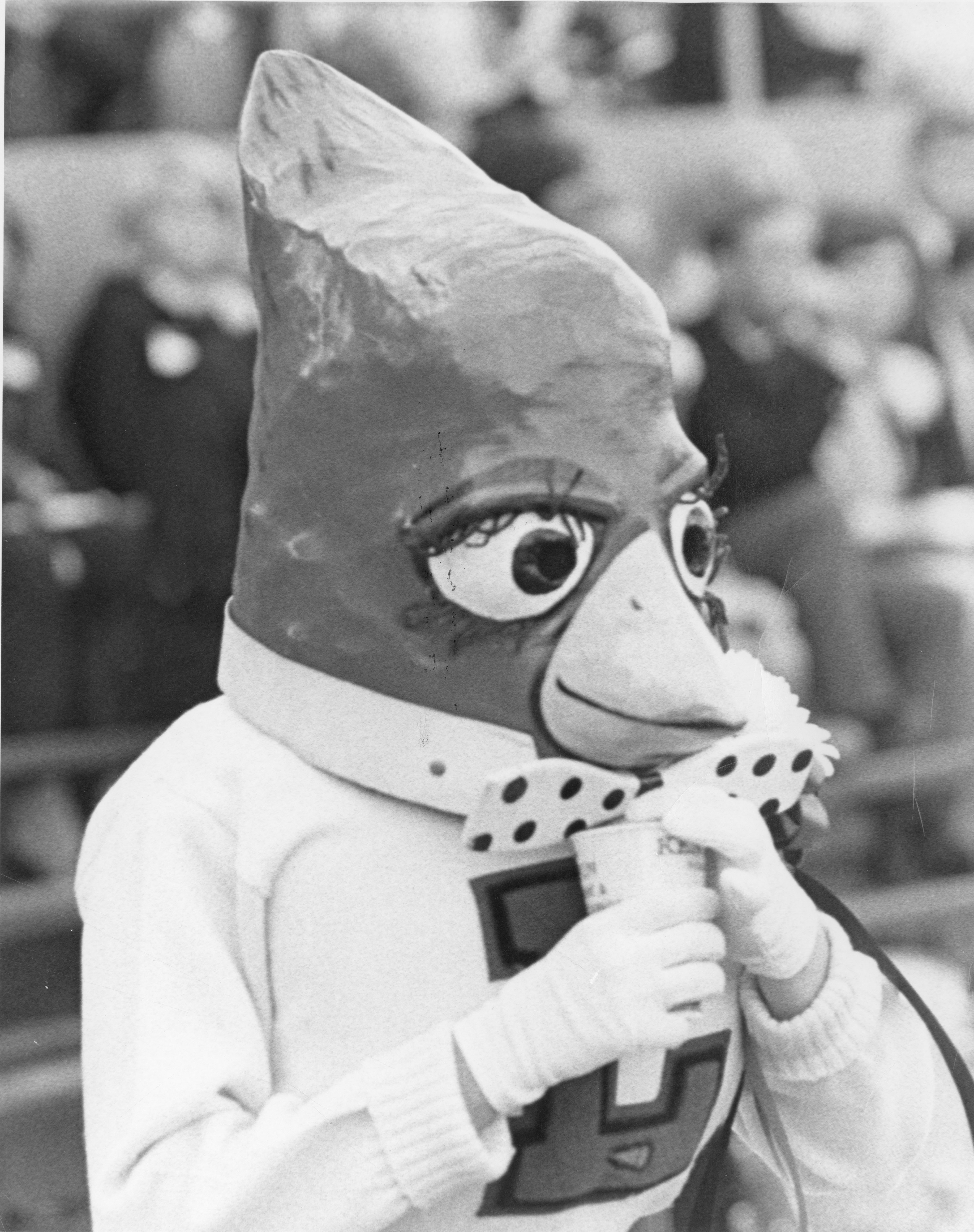 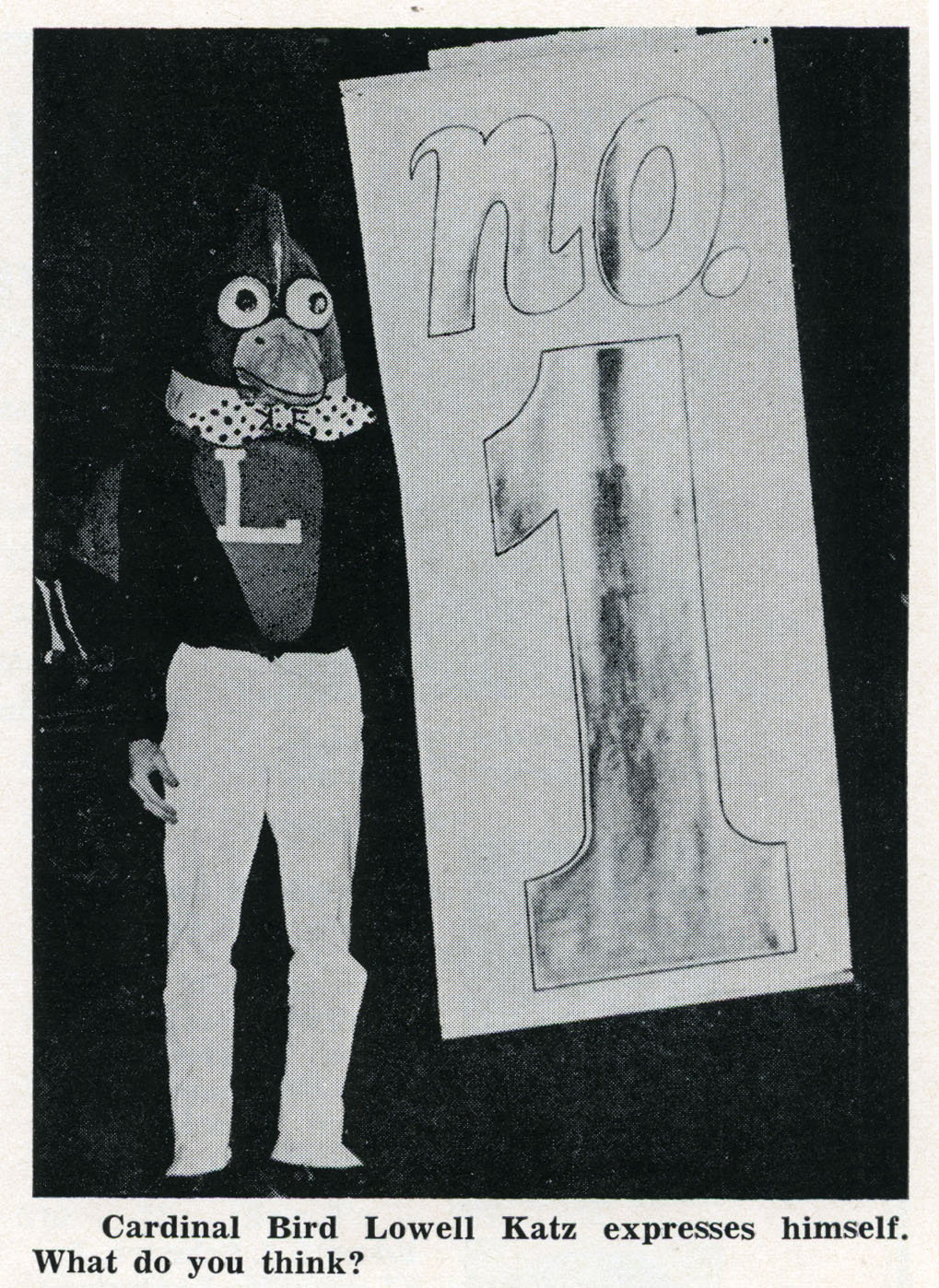 Lowell Katz served as the Cardinal Bird in 1967.

The papier-mache-headed Cardinal Bird evolved over time. Here, the Bird consults with cheerleading coach Sherrill Brakmeier at a pep rally in October, 1977: 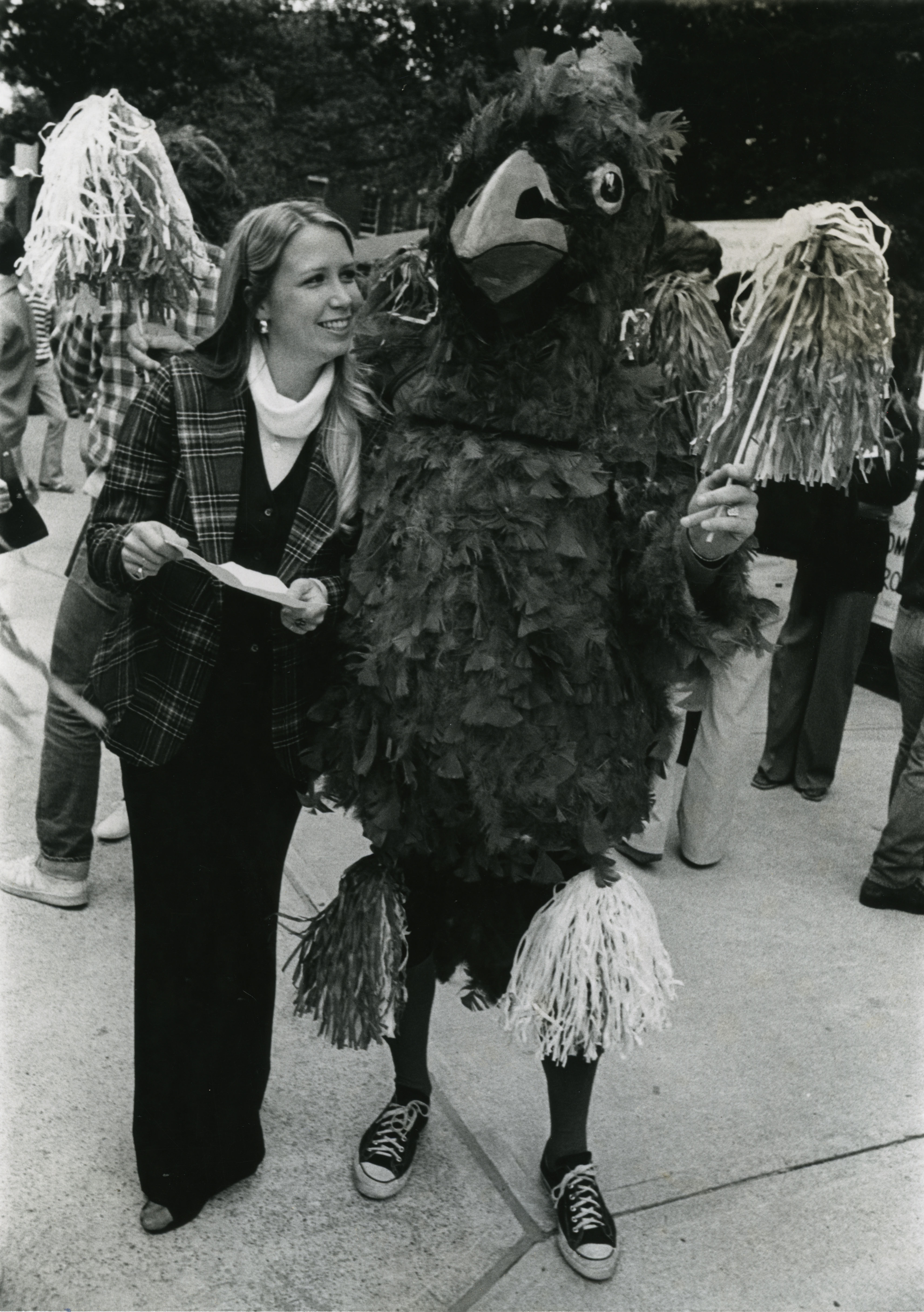