Around 1971, a highly stylized version of the Cardinal Bird head appeared alongside the Bird in boots. 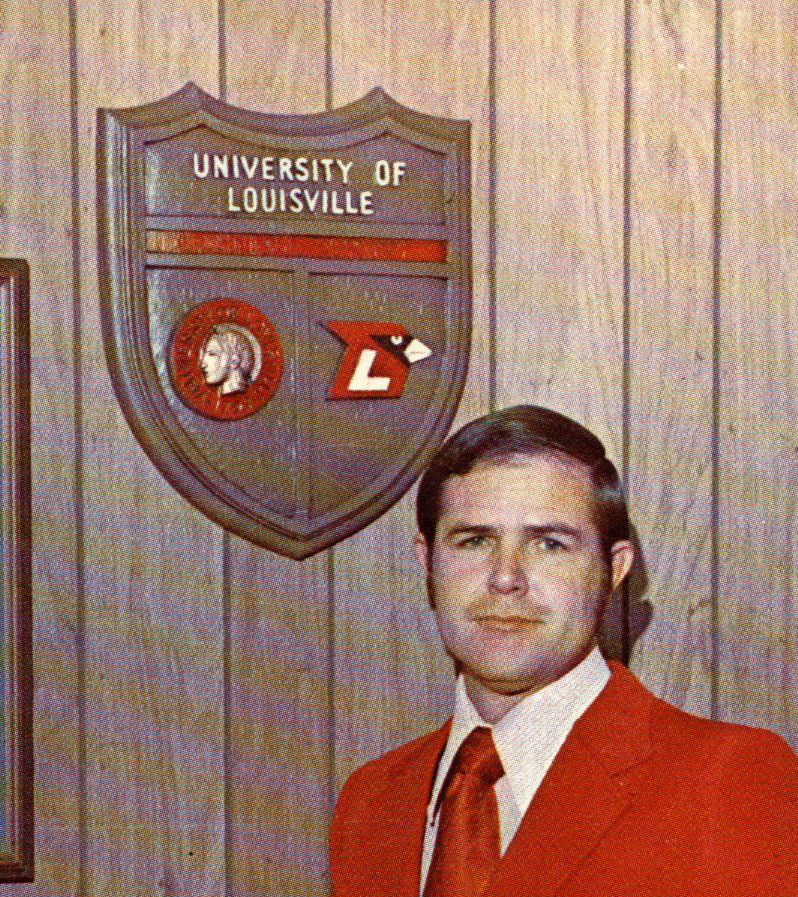 This image of men's basketball coach Denny Crum standing in front of a plaque featuring the Cardinal Bird alongside the University's Minerva seal comes from the 1971-72 basketball press guide.

This logo did not replace the bird in boots, but appeared on football helmets as well as in print. It was related to the "Red Rage" marketing campaign.