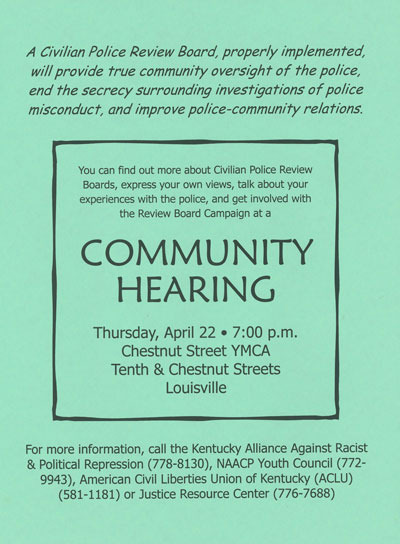 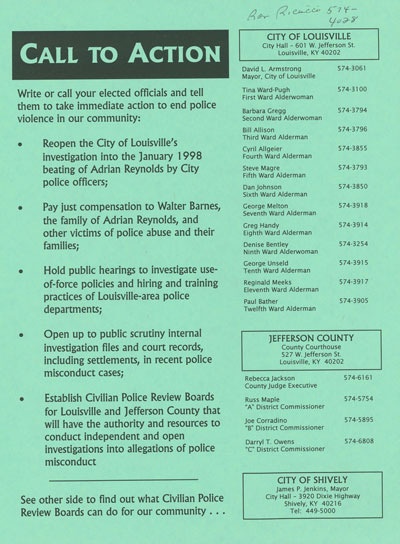 The Kentucky Alliance Against Racist and Political Repression led the Louisville social justice community in an effort to create a Civilian Review Board for the Louisville Police Department that would review and investigate complaints about alleged police misconduct.

To learn more about the civilian review board or the campaign against police abuse known as CAPA (Citizens Against Police Abuse), listen to K.A. Owens’ oral history interview.

You can find out more about Civilian Police Review Boards, express your own views, talk about your experiences with the police, and get involved with the Review Board Campaign at a Community Hearing

Write or call your elected officials and tell them to take immediate action to end police violence in our community:

- Reopen the City of Louisville's investigation into the January 1998 beating of Adrian Reynolds by City police officers;

- Pay just compensation to Walter Barnes, the family of Adrian Reynolds, and other victims of police abuse and their families;

See other side to find out what Civilian Police can do for our community...