The statute revision process took place during the heyday of the Courier-Journal's reign as the "newspaper of record" in Kentucky, a period in which it operated several news bureaus all throughout the state, boasted a huge news staff, and was consistently ranked among the nation's top papers. Led by Barry Bingham Sr, who set the tone for his editorial pages, it pushed for reforms and modernization in the state, including improved public education, governmental reform, and better services for African Americans and the poor of Appalachia. It was a strong supporter of the statute revision effort and ran numerous stories on the process.

The Courier-Journal also markets a $99/yr subscription to its full digital archive (1851-2017) through Newspaper.com.

Selected articles from the Courier-Journal 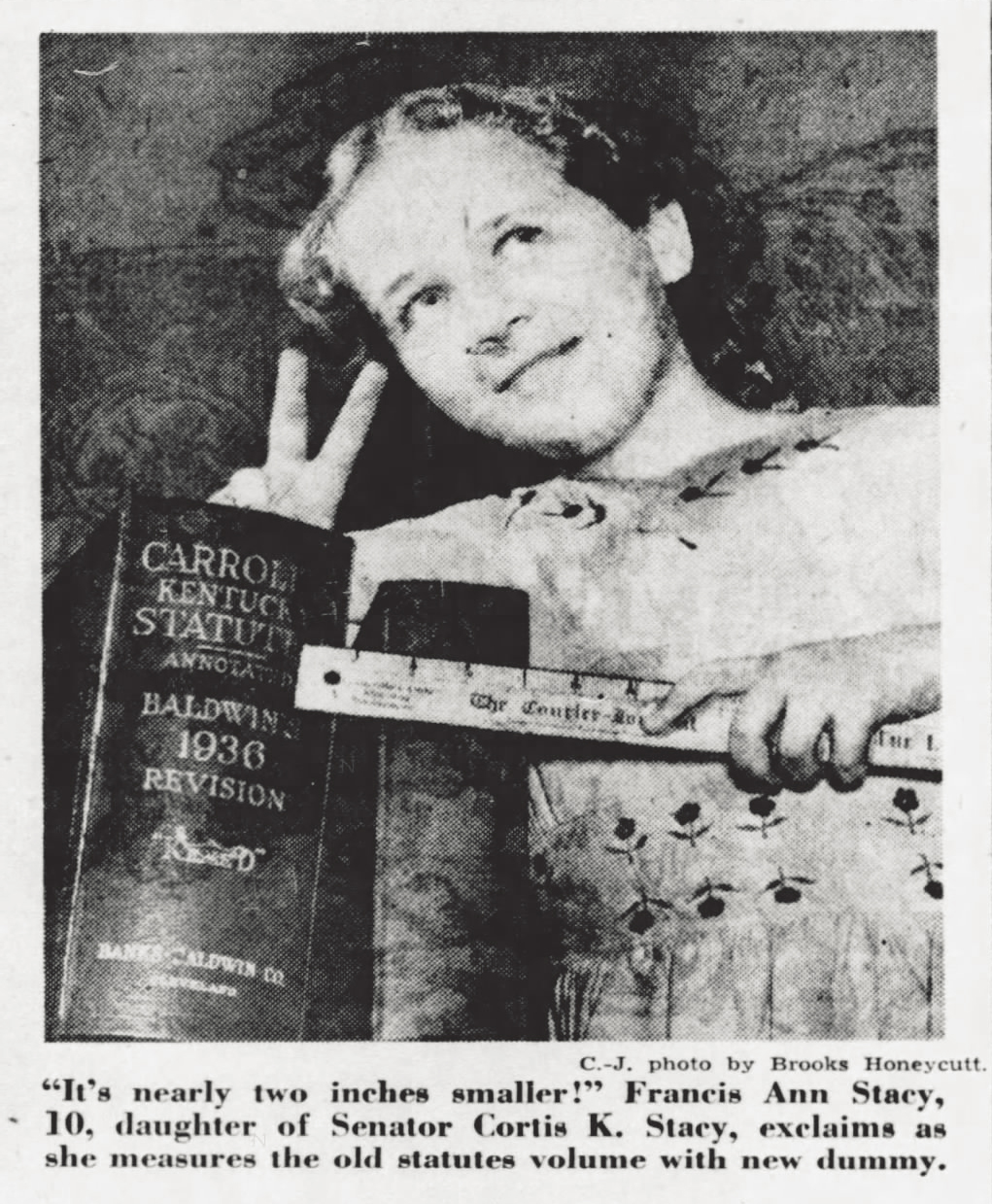