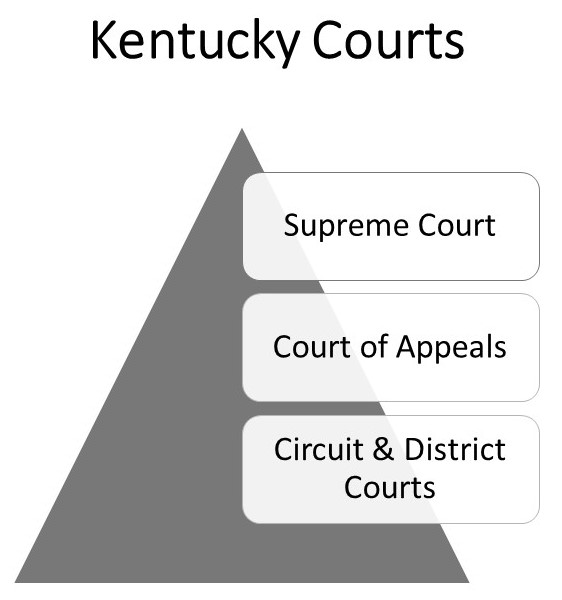 Kentucky is a common law jurisdiction where past cases are used as precedent by judges in deciding current disputes. Thus it is important to know how courts in the past have interpreted various legal situations.

Kentucky has a three tiered state court system. The District and Circuit Courts are the trial courts. Generally, the findings of fact they make cannot be appealed, but any disputed rulings on matters of law can be. Kentucky has two appellate courts: the Court of Appeals, which generally hears appeals first, and Supreme Court, the highest court. Prior to 1976 the Court of Appeals was the highest court in Kentucky.

Kentucky is in the sixth circuit for federal cases, and has 2 federal district courts.

The Kentucky Practice Series covers many topics relevant to practicing in the Kentucky courts, and the Kentucky Rules of Court provide court rules for local, state, and Federal courts.