In 1924, Louis Brandeis arranged for the University of Louisville Brandeis School of Law to start receiving a copy of almost every brief submitted to the United States Supreme Court. The Law Library has been receiving these briefs for over 90 years now. Every year, at the end of its term, the Supreme Court sends about 15 large boxes to the library—each one filled to the brim with briefs. To celebrate both the arrival of the 2018 term’s briefs and the upcoming Census, the library has created a display featuring the briefs from Department of Commerce v. New York.

In March 2018, Wilbur Ross, the Secretary of Commerce, approved the addition of a question about citizenship status to the 2020 Census form. The state of New York and the New York Immigration Coalition (along with various other states and non-profit groups) filed suit in the Federal District Court in New York, challenging the constitutionality of the question. The lawyers for the government argued that Ross added the question in response to a request from the Department of Justice, which claimed they needed an accurate count of illegal immigrants to enforce the Voting Rights Act. The judge found that the record submitted to the court proved Ross was planning on adding the question even before the DOJ request and was thus pretextual, and therefore was in violation of the Administrative Procedure Act.

The Commerce Department appealed the decision, and since the deadline for finalizing the Census form was looming, the Supreme Court agreed to an expedited hearing. Chief Justice Roberts wrote a lengthy opinion for the court, with shifting alliances of the other justices assenting or dissenting to various parts. The most important part of the opinion, however, agreed with the Circuit Court’s ruling that the decision to include the question was pretextual.

The Law Library's display on this case includes 6 briefs: 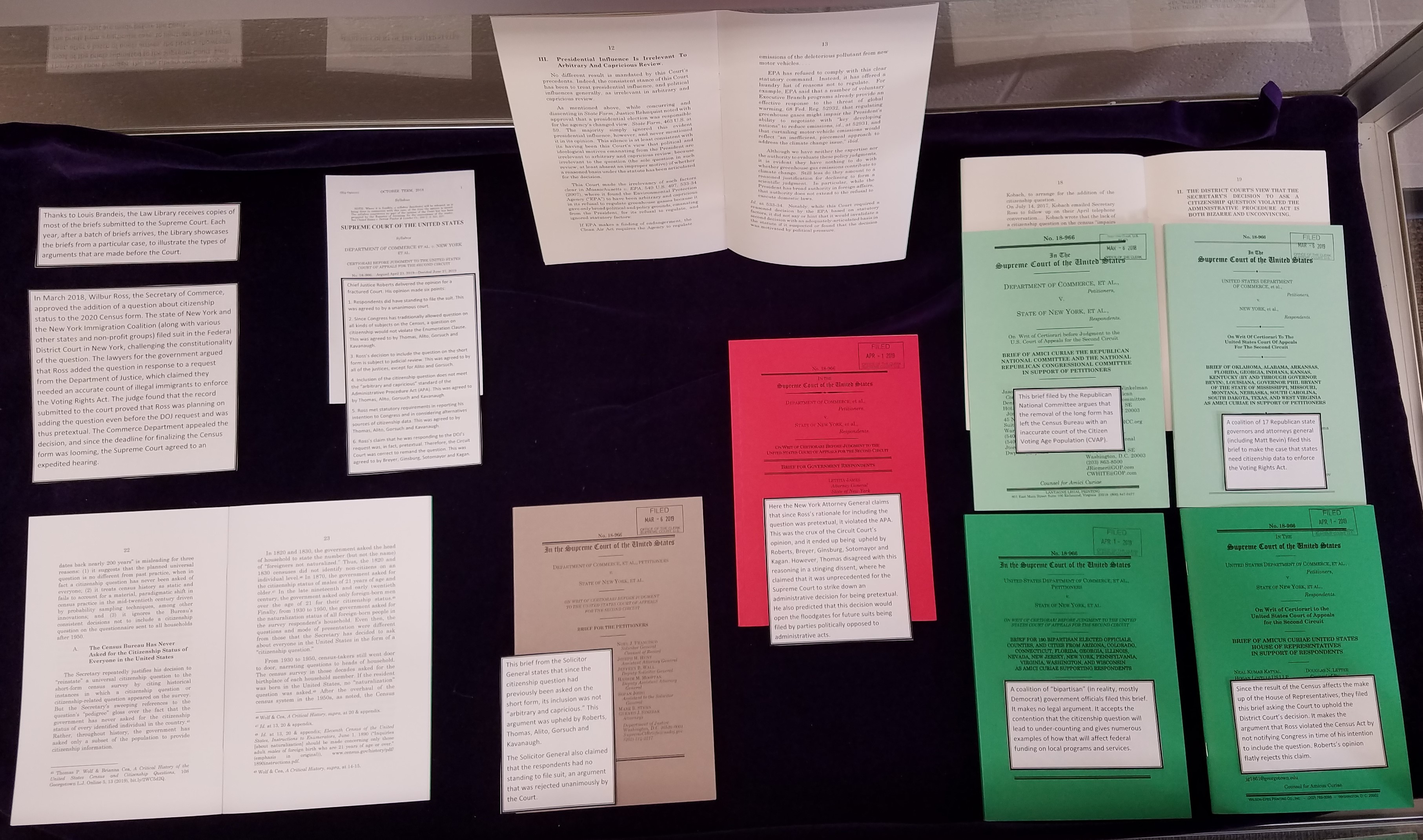 The exhibit is housed in the Law Library's reading room, in the case under the Warhol portrait of Justice Brandeis, and will remain on display throughout the month of March.

Enter your e-mail address to receive notifications of new posts by e-mail.