Women’s Suffrage: The Untold Story of Black Women in Its History: Home

Materials accompanying a program presented by the University of Louisville Brandeis School of Law in September 2020.

Please note: This guide was created as part of an event at the University of Louisville Law School held on September 25, 2020 and is NOT regularly updated. Some information may be out of date. 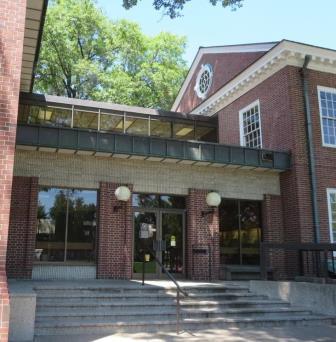 The University of Louisville Brandeis School of Law hosted a virtual event titled "Women's Suffrage: The Untold Story of Black Women in Its History" on September 25, 2020. This guide provides additional resources and information to supplement that exhibit.

On January 6, 1920, Kentucky became the 23rd state to ratify the 19th amendment. The final women’s suffrage ratification vote by Tennessee was in August 1920. THE WOMAN’S HOUR by Elaine Weiss recounts the long and complex and challenging effort to make that happen. Included in the story is the relationship of women’s advocacy groups and those seeking voting rights for African Americans following Emancipation and Reconstruction (post-civil war) to the summer of 1920 and today. The story recounts how for strategic reasons, women of color were often not included as part of the goal.

The story about the importance and value of the role of Black women in suffrage is not well known. It is time to correct that.

Nationally, Ida B. Wells (www.americanswhotellthetruth.org/portraits/ida-b-wells) was born a slave in 1856 and went on to be the leading Black woman nationally to support suffrage through her effective teaching and advocacy. Although probably the most well-known Black woman of the day, the New York Times did not include her obituary when she died in 1931. A 2018 podcast tells the story her omitted obituary and also how Ida Wells as a journalist told graphic details of lynchings in a way that the “say his/her name” movements demand today. Her descriptions were not just how horrific the lynchings were, but who these people were. (https://radiopublic.com/TheDaily/s1!cf903)

In Kentucky, it was a stirring speech by Dr. Mary Britton (Black woman physician and educator) in 1887, that is credited with the impact on women’s suffrage in Kentucky. It was not until 2019 that she was given the recognition of an historical marker. (For a general overview of Kentucky suffrage, see Elizabeth A. Deener & James P. Dady, The Struggle for Women’s Suffrage in Kentucky, May/June 2020 BENCH AND BAR 16-20.)

This conversation provides a review of the history of women’s suffrage, the history in Kentucky, and how the advocacy efforts for women and for Black Americans worked and did not work together. In light of recent events, that history and the lessons from these Black women are important not only to remember our history but for examining how ensuring that voting can happen to make every vote count and every vote possible.

The often lost story of the importance of intersectionality will provide the context for the discussion of how critical this issue is today. In 1915 Nannie Helen Burroughs (focusing on intersectionality of racism and sexism) stated “when the ballot is put in the hands of the American woman, the world is going to get a correct estimate of the power of the Negro woman. It will find her a tower of strength of which poets have never sung, orators have never spoken, and scholars have never written.”

While Black Americans and women now have the “right” to vote, concerns are high about ensuring “access” to voting.

As noted in TWO CENTURIES OF BLACK LOUISVILLE in discussing the efforts in the 1960s in Louisville to gain nondiscriminatory access in public accommodations:

Because the demonstrations brought no immediate response from city leaders, African Americans with white support, used a weapon unavailable to blacks further south until after the passage of the Voting Rights Act in 1965.  They organized an extensive voter registration campaign to oust the mayor and the alderman.  Woodford B. Porter, Jr., elected in 1958 as the first black member of the city school board, was chairman of the Non-Partisan Voter Registration Committee campaign…. In the November 1961 elections, African Americans voted in record numbers.  [The new leadership ultimately succeeded in] the passage of the public accommodations ordinance…a first or a southern city…. (p. 189) (See also www.ket.org/education/resources/living-story-civil-rights-movement-kentucky Documentary, Living the Story, the Civil Rights Movement in Kentucky and louisville.edu/freedompark/historical-obelisks/the-civil-rights-movement.)

It is also important to recognize the role of Louis Brandeis in ensuring that this ratification was valid.  After the ratification, there were immediate challenges by the Anti-Suffrage forces claiming that it was unconstitutional.  These challenges culminated in a unanimous opinion written by Justice Brandeis, upholding the 19th amendment in Leser in Garnett, 258 U.S. 130 (1922).

See the other tabs in this guide for more information about the history of women's suffrage in Kentucky, the role of black women in the suffrage movement, and the life of Mary Britton.