Every individual living in the United States between the 1830s and 1880s was deeply affected by the sectional divide between the North and the South, the ensuing Civil War, and the Reconstruction of the nation after 1865. The events of these years had broad cultural, economic, political, social, and military consequences that deeply shaped the nation and its residents.

In the years after the American Revolution, the South and the North developed distinctive social, economic, political, and cultural features, even while sharing many similarities. The North and the South enjoyed a common Revolutionary heritage, they both embraced republican institutions and values, and they possessed a collective sense of national identity. Nonetheless, after 1830 staple agricultural production and race-based slavery defined and shaped the economy, society, culture, and politics of the antebellum South. In the same years, the northern states became more economically diverse and its leaders celebrated free-wage labor as the source of its region’s prosperity and economic and geographic development. These growing differences came to a head in 1861 when southern whites embraced secession and attempted to forge a separate national identity, the Confederate States of America, based on slavery. Their decision sparked four years of bloody civil war that ultimately led to southern defeat on the battlefield and the end of slavery. But the struggle to forge a unified nation and reintegrate the South did not end in 1865. Even as newly freed African Americans demanded full citizenship, southern whites attempted to restore the racial and labor controls of the antebellum era. By the early 1880s, white northerners’ political compromises and white southerners’ violence had largely undermined the efforts of African Americans and white reformers to forge equality for the former enslaved people, leaving a legacy of racism, segregation, and inequality that continues to shape the nation. In short, the era of the Civil War and Reconstruction was a defining moment in the nation’s history. This research project offers you the opportunity to explore in depth some aspect of the nation’s history between the 1830s and 1880s. Your research can explore any aspect of this complicated era, though it should keep in mind the larger questions of why the nation divided, why the North won the Civil War, and why the war and Reconstruction failed to produce the “new birth of freedom” President Abraham Lincoln envisioned in 1863.

Your task, then, is to explore some aspect of the Era of the Civil War and Reconstruction between the 1830s and 1880s in a 12-15 page (up to 4,500 words) research paper. To undertake this project, you will use the resources of The Filson Historical Society, located at 1310 South Third Street, just north of campus. The Filson holds an extensive collection of primary documents (1.6 million in all) and secondary materials, many related to the era of the Civil War and Reconstruction, with a particular focus on Kentucky and the Upper South. The Filson will not, of course, be the only library you use during the course of your research. The UofL library has many relevant resources, including a variety of electronic and traditional resources (journal articles, primary resources, ILL) that will prove essential to the completion of your research project.

There are three limitations to your choice of topic: 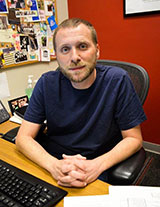