About the Music Library: Library Description

The Dwight Anderson Memorial Music Library houses the largest academic music collection in the state of Kentucky. Since its founding in 1947, the principal mission of the library has been to provide materials in support of the curriculum of the School of Music and the research of its faculty. In recent years, coverage has been extended to accommodate the growth of music related study throughout the University.

The Music Library is named after Dwight Anderson. He was the Dean of the School of Music at the University of Louisville from 1937 to 1956 and died in 1962.

Because the School of Music specializes in training musicians for professional careers as performers and educators, the emphasis of the collection is on printed music and sound recordings in the area of classical music, with a recent expansion into the areas of jazz and popular music. The Library's collection development policy adjusts to meet the needs of the changing programs of the School of Music.

Many visiting scholars and librarians have remarked that the Anderson Library is situated in one of the best music-library facilities in the United States. Since 1981, it has been located in the School of Music building on the Belknap campus. The collections are distributed over three floors, with some room for growth. Reference materials, sound recordings, and video recordings are shelved on the first floor; scores and collected editions on the second, and books and periodicals on the third. The Listening Area, located on the first floor offers audio and video equipment, complete with compact disc players, cassette decks, video and DVD players and includes a collection of sound recordings that now exceeds 22,000 discs. Total holdings of the Music Library exceed 100,000 volumes, and subscriptions are maintained for over 270 magazines and journals.

Largest academic music collection in the state of Kentucky

The Archive Room on the second floor houses several special collections of local and national interest. Of particular importance are: the Traipsin' Woman (Jean Thomas) Collection, the Isidore Philipp Archive and Memorial Library, the Hattie Bishop Speed Collection, and the Louisville Orchestra Archives. Our Kentucky Sheet Music Collection--with an emphasis on music publications from Louisville--is the most extensive in the region. The most notable recent acquisition is a collection of over four-hundred eighteenth- and early nineteenth-century prints and manuscripts that were assembled by the noble Ricasoli family of Tuscany. The Ricasoli Collection has already been the source for uncovering several presumably lost compositions by respected European composers.

The Dwight Anderson Music Library also serves as the repository for all materials related to the world-renown Grawemeyer Award for Music Composition. The scores, sound recordings, and promotional material submitted by the entrants are available for study in the library. The Grawemeyer Music Award has established a reputation for the U of L School of Music as a center for the promotion of twentieth-century music, and the Anderson Library is proud to build on that reputation. 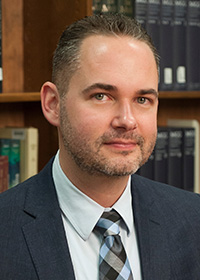