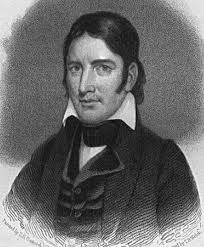 David Crockett was a pioneer, soldier, politician and industrialist. He was born near the town of Limestone, Tenn. in 1786. Davy Crockett Birthplace State Park commemorates the birthplace of this famous Tennessean. In 1817, he moved to Lawrence County. While serving in Congress, he fought for his people’s right to keep land they had settled on in the new frontier of West Tennessee. Crockett died at the Alamo Mission in March of 1836 while aiding the Texans in their fight for independence from Mexico. Source: Davy Crockett Birthplace State Park