How Rhode Island Got Its Name 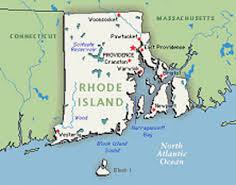 The first mention of the name Rhode Island or any of its variations in connection with Narragansett Bay is in the letter of Giovanni da Verrazzano, the explorer, dated July 8, 1524, in which he refers to an island near the mouth of Narragansett Bay, and likens the island to the Island of Rhodes in the Mediterranean. The fact that Verrazzano probably referred to Block Island rather than to Aquidneck is of no great moment, the point being that he applied the name to one of the islands in this vicinity and that this fact was known in England for it had been printed in English long before the Pilgrims came to New England. This letter was printed in Italian in 1556 and in English in 1582, and again in 1600, so that it may be considered as easily accessible to the early settlers before they left England.

The earliest recorded use of the name by the English colonists is in 1637, when Roger Williams wrote, "at Aquednetick called by us Rode Island." It may be well to note that the Italian text is "isola di Rhode," while the English text is "Ilande of the Rodes," Williams still spelled the name without the "h" in 1666, when he explained, "Rode Island (in the Greeke language) is an Ile of Roses."

The name was first officially applied to the island on March 13, 1644 in these words: "Aquethneck shall be henceforth called the Ile of Rods or Rhod-Island." The name "Isle of Rodes" is found used in a legal document as late as 1646. In 1663 the name "Colony of Rhode Island and Providence Plantations" was adopted in the Royal Charter granted by King Charles II of England. Source: Rhode Island Historical Society, Rhode Island Secretary of State Web