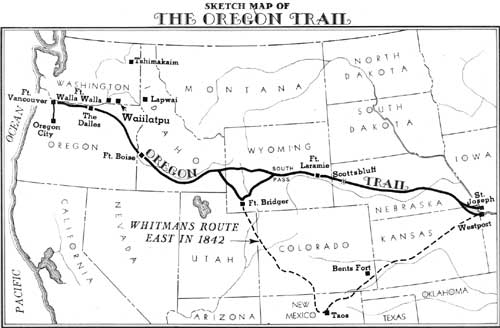 In the mid-1800s, thousands of emigrant pioneers followed the Oregon Trail 2,000 miles from Missouri to Oregon in search of a better life. But the Oregon Trail was never just one route.  Some emigrants deviated from the main trail in search of water and livestock forage, while others found shortcuts and better routes that avoided difficult terrain.

Other trail segments are found in southeastern Idaho, on lands managed by the BLM Pocatello Field Office.  Here, the Oregon Trail and California Trail ran together, through lands that had been in use by humans since prehistoric times.

The Oregon Trail started in Independence, Missouri, came through Nebraska and Wyoming and traversed southern Idaho via several routes. These eventually came together again near Boise before heading north and west to Oregon. The Oregon Trail first saw serious use in 1843, when a thousand pioneers made their way west.  In 1850, 55,000 pioneers rolled westward by wagon train. Contrary to Hollywood depictions, most of the pioneers walked – wagons were used primarily for carrying supplies.

In many places, lines of wagons spread out several hundred yards wide.  The crude network of rutted tracks would eventually lead nearly 400,000 settlers to the West.  When gold was discovered in Idaho in the 1860s, the Oregon Trail was used by miners and settlers moving to Idaho. Many of the trail ruts still exist today, making it possible to truly walk in pioneers' footsteps.