The Selma-to-Montgomery March for voting rights ended three weeks--and three events--that represented the political and emotional peak of the modern civil rights movement. On "Bloody Sunday," March 7, 1965, some 600 civil rights marchers headed east out of Selma on U.S. Route 80. They got only as far as the Edmund Pettus Bridge six blocks away, where state and local lawmen attacked them with billy clubs and tear gas and drove them back into Selma. Two days later on March 9, Martin Luther King, Jr., led a "symbolic" march to the bridge. Then civil rights leaders sought court protection for a third, full-scale march from Selma to the state capitol in Montgomery. Federal District Court Judge Frank M. Johnson, Jr., weighed the right of mobility against the right to march and ruled in favor of the demonstrators. "The law is clear that the right to petition one's government for the redress of grievances may be exercised in large groups...," said Judge Johnson, "and these rights may be exercised by marching, even along public highways." On Sunday, March 21, about 3,200 marchers set out for Montgomery, walking 12 miles a day and sleeping in fields. By the time they reached the capitol on Thursday, March 25, they were 25,000-strong. Less than five months after the last of the three marches, President Lyndon Johnson signed the Voting Rights Act of 1965--the best possible redress of grievances. Source: Selma-to-Montgomery March, National Park Service. 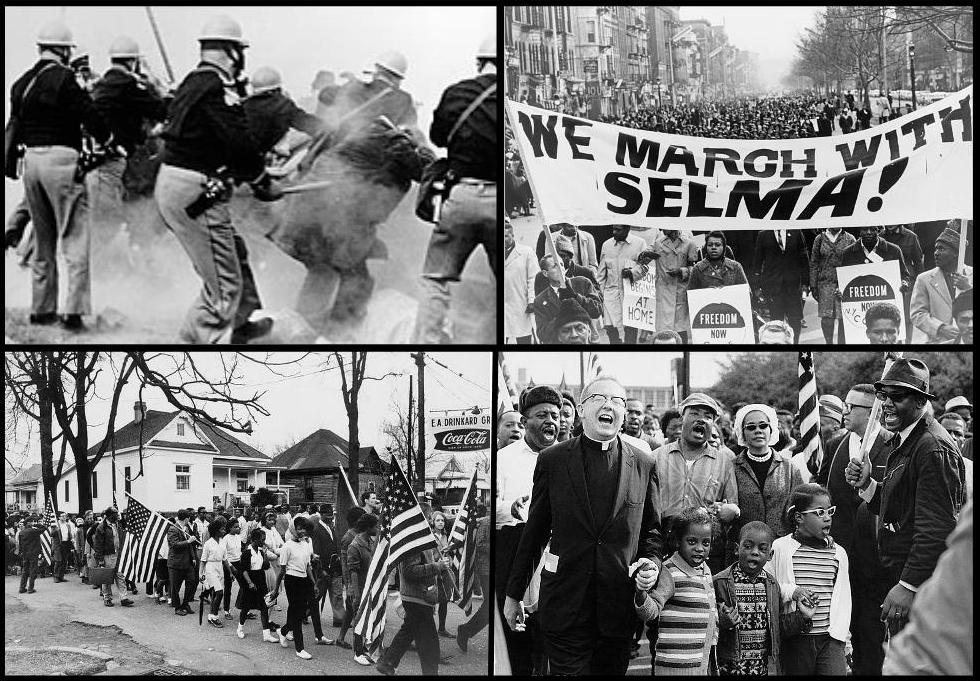