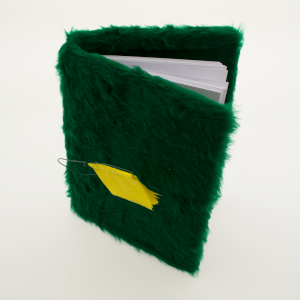 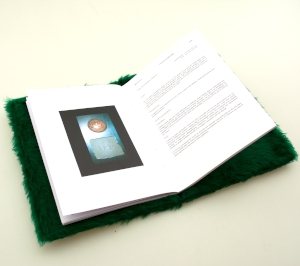 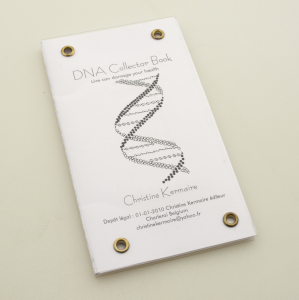 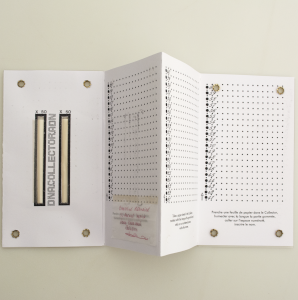 An edition of 300. "Between July 2004 and September 2006, Christine Kermaire realised two Atlantic crossing [sic] with her sailing boat, Belgium departure ( —with, as guardian angel "the icon" of Manneken-pis, famous statue situated in Bruxelles). She photographed the particular Atlantic sky during the depressions crossing, a gale between Bermuda and the Acores, a tornado and squalls off Grenadines Islands in the Caribbean Sea"—Title page verso. 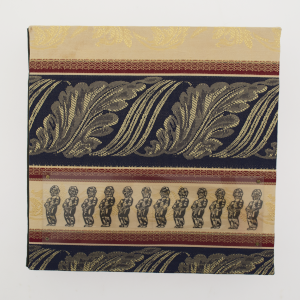 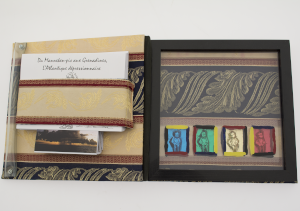 Paper folder (15 x 11 cm.) containing a foam-padded compartment with a plastic window, through which is visible an enlarged colored map of Charleroi, Belgium, and a clear plastic tube. Printed on the item are instructions for use, a colored map of Belgium including Charleroi showing "nanoparticles" on April 1, and a graph depicting "atmospheric concentration of nanoparticles" on the first day of each month. Issued in resealable plastic bag. 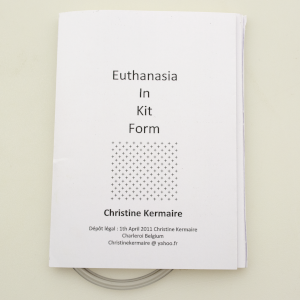 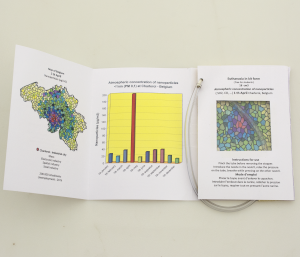 Issued in a limited edition of 300 numbered copies, signed by the artist. Art Library has copy 130. Paper opens up in shape of pyramid with photograph of mine in trapezoid box. Words printed on slivers of paper inserted into a tea bag and issued in resaleable plastic bag. All the contents are contained in a cardboard enclosure. 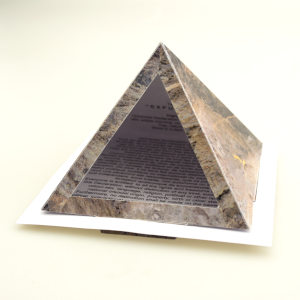 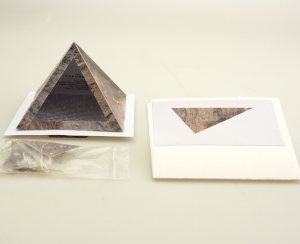 Limited edition of 300 copies, Art Library has copy 74. "I was with my sailing boat in the Lesbos (Greece) in May-June and in the Leros Island[s] (Greece) in September 2015: two 'hotspots' for the refugees"—Colophon.

Edition of 300 copies. Describes and documents the Ardennes American Cemetery, Neuville-en-Condroz, Belgium. Lists the names, death dates, locations of graves, serial numbers and decorations of 5,328 American dead and missing World War II soldiers who are memorialized at the cemetery, one of fourteen such cemeteries in Europe. 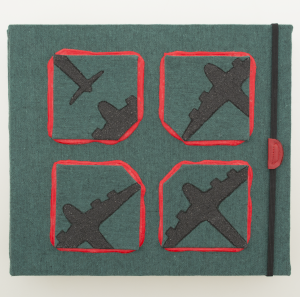 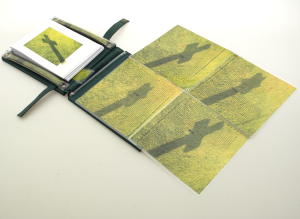 Edition of 300 numbered and signed copies. Art Library has copy 37. 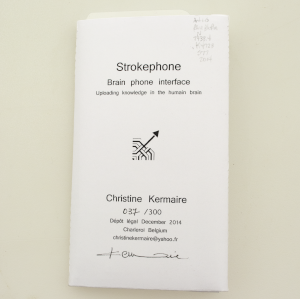 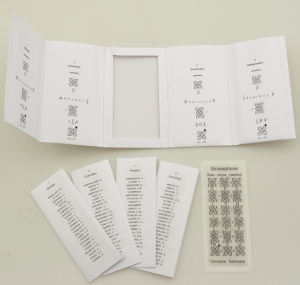