Edition of 40 signed and numbered copies. "A torn web is volume five of the "Stratigraphic Archives." Ruth Stone's poems were the source and provided a certain recognition of forms that evolved into Michele Burgess's etchings and book design, created in Vermont during the summer of 2010. The poet Chard deNiord facilitated the conversations between poet and artist and collaborated on the initial selection of poems"—Colophon. 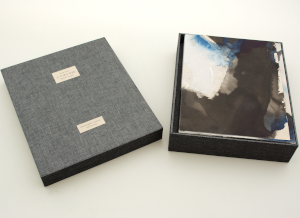 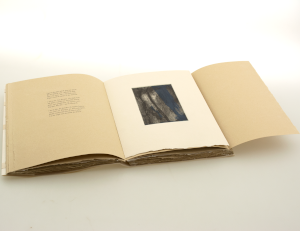