Owen Jones and The Grammar of Ornament: Introduction 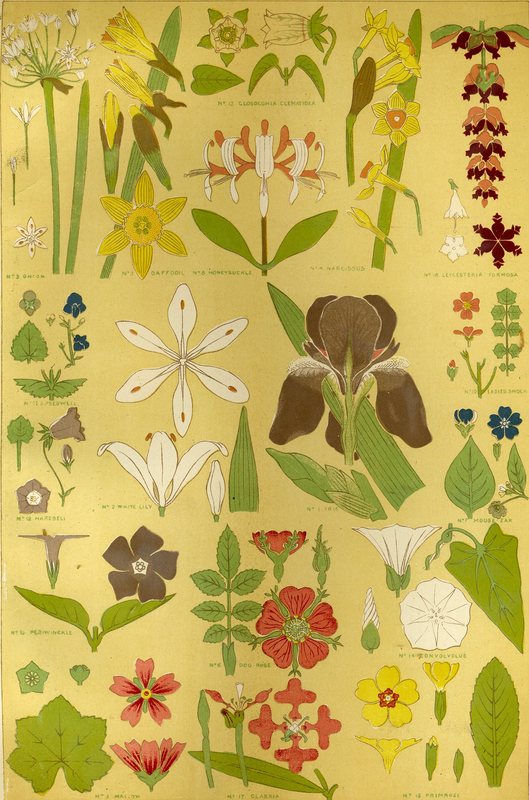 Owen Jones (1809-1874) was a British architect and designer famous for his work in color theory. Jones began his career as a traveling scholar collecting information on the architectural styles of Europe and Africa. During this journey he saw the Alhambra in Granada, Spain and was inspired by the Moorish geometric shapes, flat patterns and polychromatic techniques. Back in England, he disseminated his findings, incorporating various stylistic elements into museum surveys, curricula for the Government School of Design, and his own theory of a uniquely nineteenth-century style of architecture.

The Grammar of Ornament, Jones’ seminal work, is a compendium of the many cultural styles he documented during his travels. With vibrant and stirring images of architectural ornament in places such as Egypt, Persia, Rome, Turkey and China, it is also an example of the Victorian taste in historical decoration. At the same time, the illustrations remain an essential source for exact and detailed records of colors and pattern. While preparing to publish his earlier book, Plans, Sections, Elevations and Details of the Alhambra, Jones realized that the printing process of the time did not adequately convey the grand color and style of the Alhambra’s decorations. In order to achieve the results he wanted, he eventually set up his own press to produce the chromolithographs for The Grammar of Ornament. First printed in 1856, the Art Library’s 1910 edition of the text features the luminous, intense illustrations Jones commissioned for the original.