Albert Charles Auguste Racinet was born in France in 1825, the son of a lithographic printer. Following in his father’s artistic footsteps, Racinet attended the famed École des Beaux-Art, the premiere art institution of 19th century Paris. During his time at the academy Racinet studied painting, creating a number of works that would be exhibited in salons from 1849 to 1874. These paintings displayed a characteristic interest in antique art and life, a fascination that would result in Racinet’s most popular work. In 1876, two years after his final exhibition, Racinet’s obsession with the intersection of art, culture, and world history drove him to compile a catalog of various styles of clothing and accessories. Published between 1876 and 1888 as Costume Historique, the six volumes that comprise Racinet’s study span time and globe; they range from the garb of Ancient Greeks and the piercings of the early Americans to the dress of contemporary Parisians. With over 500 black-and-white and full color plates, Costume Historique remains one of the most extensive studies of clothing to date. The images included here are only a smattering of the wealth and diversity found within the pages of Racinet’s great work.

All six volumes of Racinet’s Costume Historique are included in the online library at the Hathi Trust. 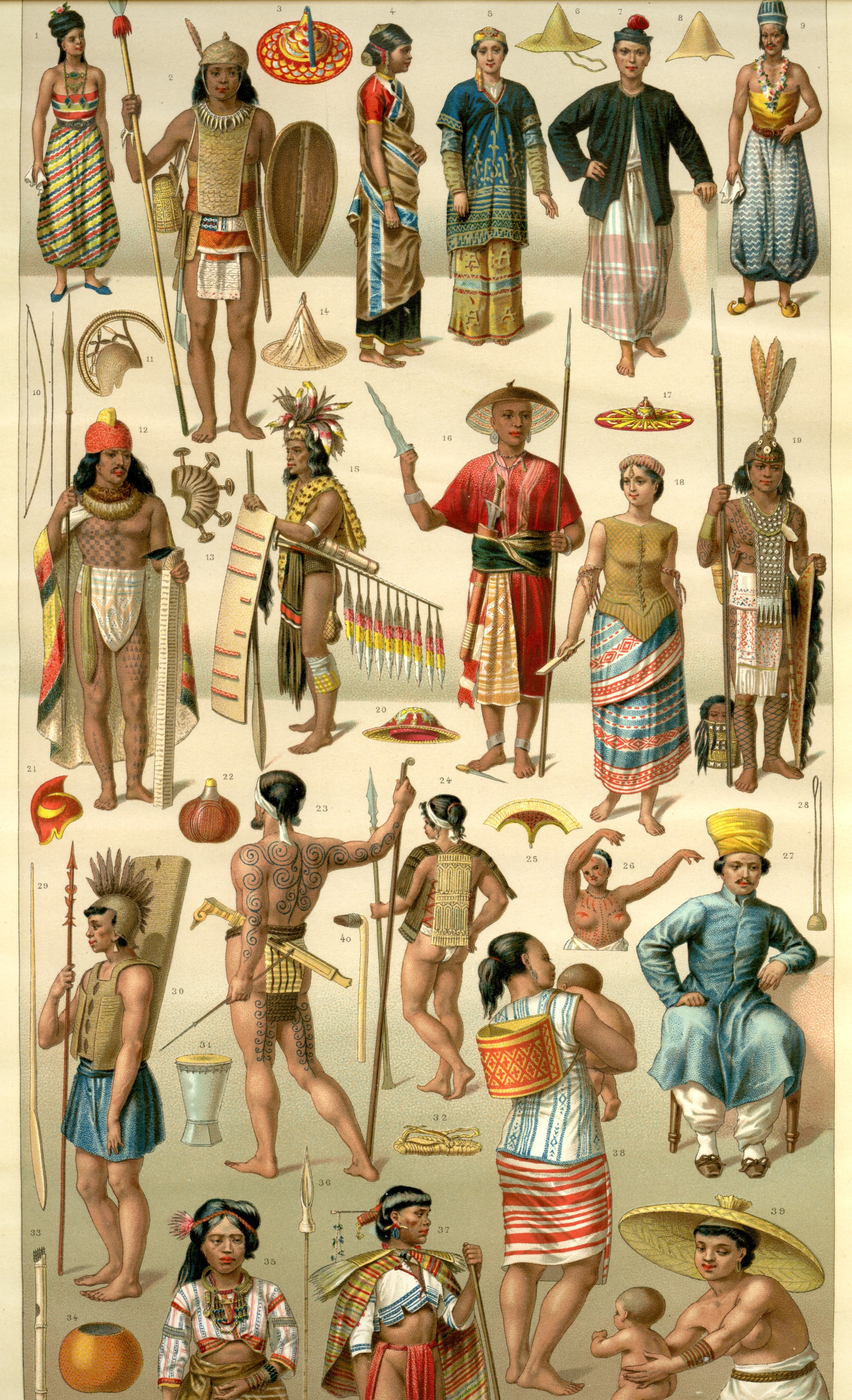