A digital exhibiton Kōno Bairei, one of the leading practitioners of the ukiyo-e school, curated by Gail Gilbert (2012).

Born in 1844 in Kyoto, Japan, Kōno Bairei was one of the leading practitioners of the ukiyo-e school (scenes of daily life) specializing in pictures of birds and flowers (kacho-ga). Unlike the majority of ukiyo-e artists, he was trained as a classical Japanese painter, studying with several masters of various classical painting styles. He was in favor of a modern system of arts education, and is generally considered one of the most influential literati painters of the period.

The son of a money lender, he began his own art education at the age of eight. By about 1868 he was established as an independent painter, although he was not making a living selling his art; in fact, he was quite poor.

Once he began studying at the Shijô school in 1871, he became friends with a number of poets, painters and amateur scholars active in the literati (intellectual) circles at the time. By 1877 he was head of the Shijô school. He was a stern, even harsh instructor and some of his more than sixty students were expelled from the school multiple times.

In 1880 he co-founded the Kyoto Prefectural Painting School. The Kyoto University of Arts had its origins in this school.

Bairei founded or co-founded several arts organizations, started one of the city's first arts journals, and established the first major competitive painting exhibition in the city in 1895. Shortly thereafter he retired, disillusioned with the art world. Although he no longer taught art, he continued to paint until his death in 1895. 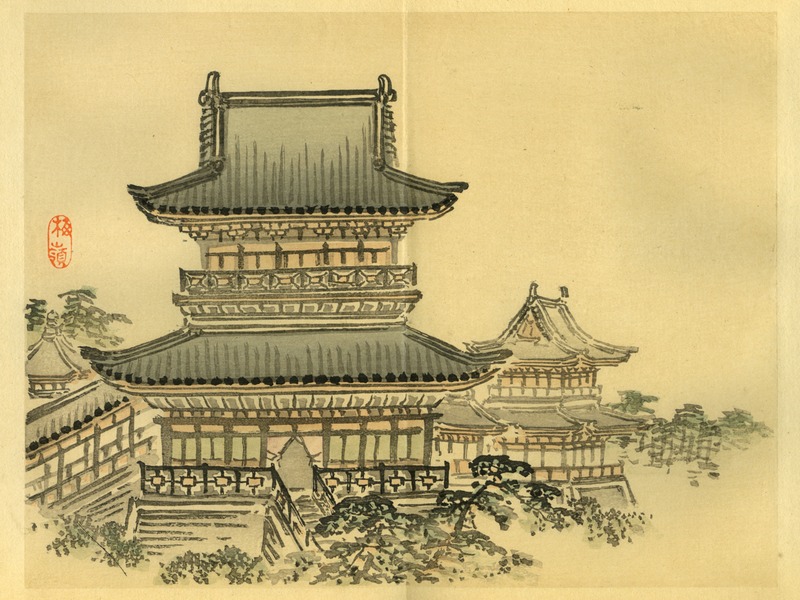