Scanned images and transcript of the document establishing Jefferson Seminary, including a list of trustees. 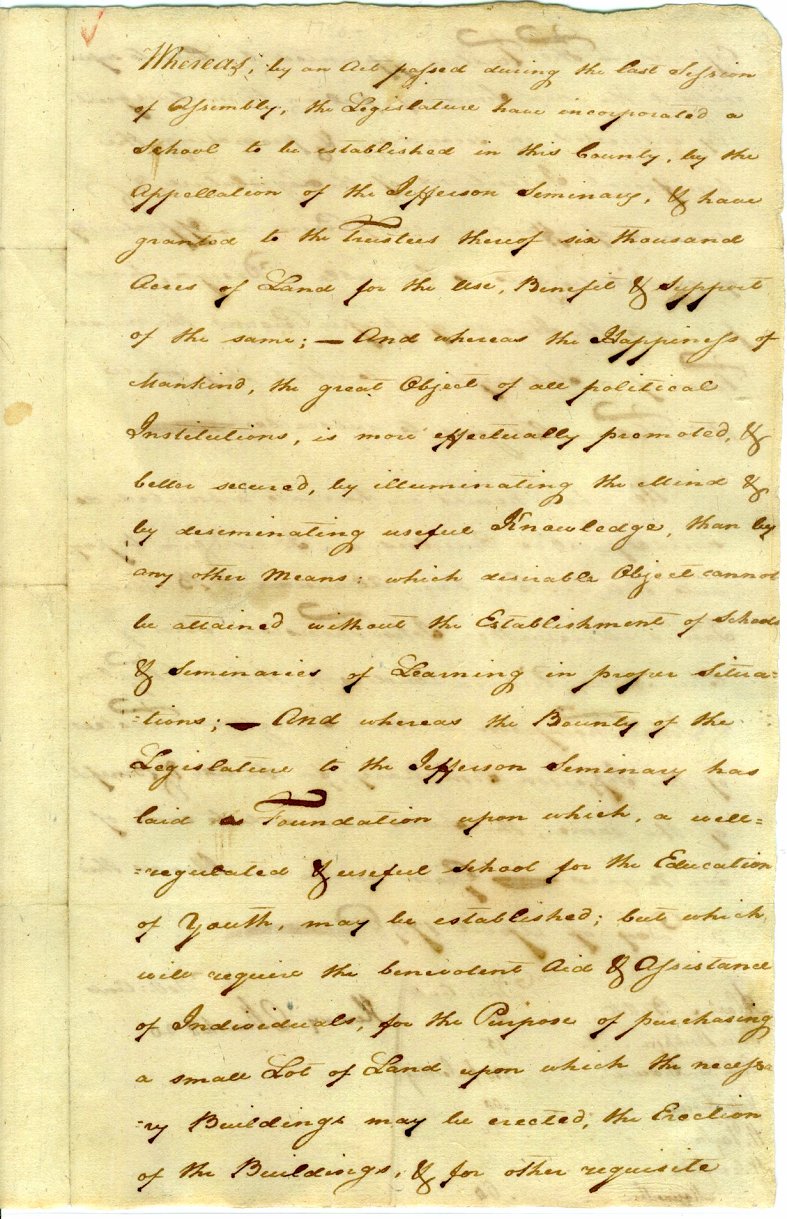 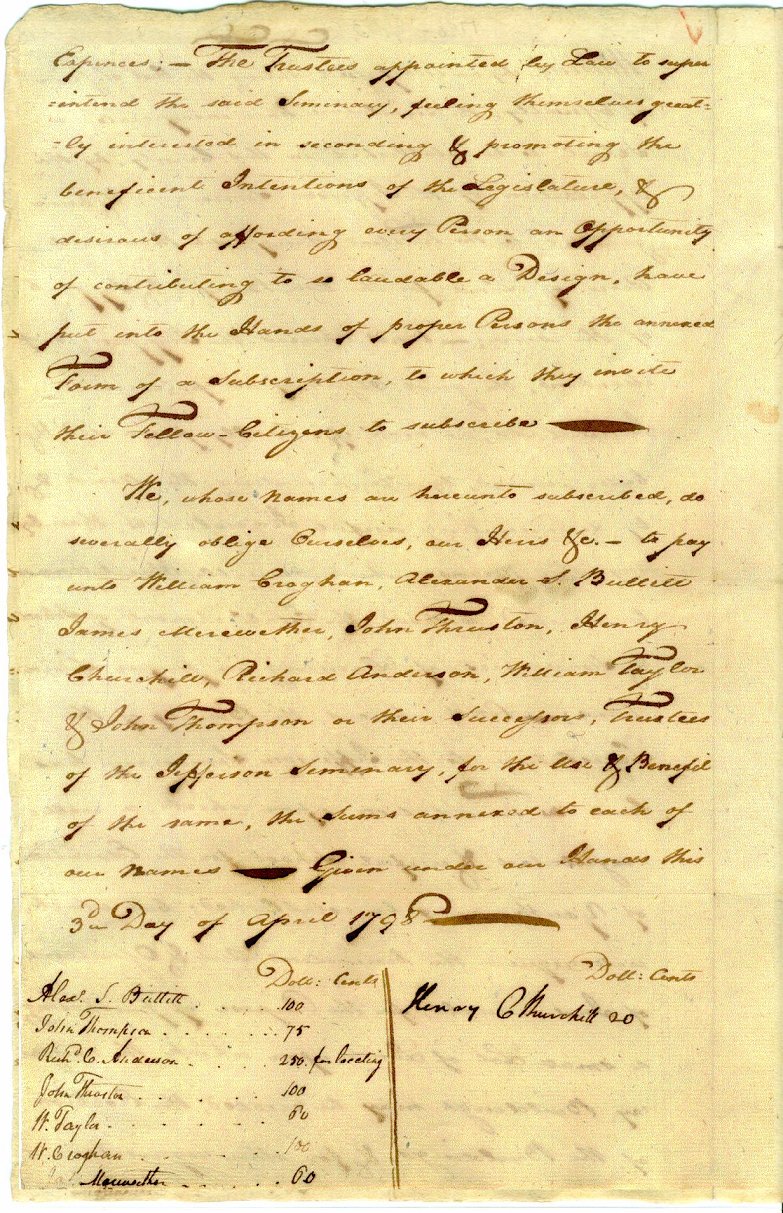 Whereas, by an Act passed during the last Session of Assembly, the Legislature has incorporated a School to be established in this County, by the appellation of the Jefferson Seminary, & have granted to the Trustees thereof six thousand acres of Land for the Use, Benefit & Support of the same; -- And whereas the Happiness of Mankind, the great Object of all political Institutions, is more effectually promoted & better secured, by illuminating the Mind & by disseminating useful Knowledge, than by any other means. which desirable Object cannot be attained without the Establishment of Schools & Seminaries of Learning in proper Situations; - And whereas the Bounty of the Legislature to the Jefferson Seminary has laid a Foundation upon which, a well-regulated & useful School for the Education of Youth, may be established; but which will require the benevolent Aid & Assistance of Individuals, for the Purpose of purchasing, a small Lot of Land upon which the necessary Buildings may be erected, the Erection of the Buildings & for other requisite Expenses; - The Trustees appointed by Law to superintend the said Seminary, feeling themselves greatly interested in seconding & promoting the beneficient Intentions of the Legislature, & desirous of affording every Person an opportunity of contributing to so laudable a Design, have put into the Hands of proper Persons the annexed Form of a Subscription, to which they invite their Fellow-Citizens to subscribe.------------

We, whose names are hereunto subscribed, do morally oblige Ourselves, our Heirs &c [et cetera] - to pay unto William Croghan, Alexander S. Bullitt, James Meriwether, John Thruston, Henry Churchill, Richard Anderson, William Taylor, & John Thompson or their successors, Trustees of the Jefferson Seminary, for the use & Benefit of the same, the Sums annexed each of our names Given under our Hands this 3d Day of April 1798