The Barry Bingham, Jr. Courier-Journal Photograph Collection is now at the University of Louisville Archives and Special Collections.

It comprises approximately three million images spanning the majority of the twentieth century and documenting a wide-ranging variety of events and topics relating to Louisville and Kentucky. With images dating primarily from the 1930s through the 1990s, this collection tells the story of our city, our region, and even our nation through the millions of moments captured by its photographers. Major events are richly chronicled, including the civil rights movement, World War II, Derby through the years, presidential visits, changes in the built environment, and numerous public appearances and behind-the-scenes images of Muhammad Ali and other celebrities. At the same time, the collection shows us everyday life through an array of intimate local-interest stories. This bountiful and rare resource is named “The Barry Bingham, Jr., Courier-Journal Photograph Collection” in recognition of Barry Bingham, Jr.’s impact on photojournalism at The Courier-Journal and Louisville Times. Bingham invested heavily in the papers’ photography division. He understood the power of visual storytelling in journalism and left behind a legacy of diversity and innovation. Under his direction, the paper was awarded the Pulitzer Prize for Feature Photography in 1976 for a comprehensive pictorial report on busing in Louisville's schools, and again in 1980 for International Reporting for stories and photographs of Cambodian refugees. Quite simply, this collection would not be as rich and powerful as it is if it weren’t for Barry Bingham, Jr.  Held in the Photographic Archives division of Archives and Special Collections, the Barry Bingham, Jr. Courier-Journal Photograph Collection is an immense project that will take years for the archivists to organize and make available to the public. Our goal is to process the entire collection and make it openly available to the public in phases, the first of which will take 2 to 3 years.

Donations: How You Can Help

While many archives hold newspaper photo collections, it’s rare to find ones that are fully accessible to the public. Archives & Special Collections’ goal is to be an exception, but additional resources are needed to achieve that goal. Donations to the endowment will ensure that this collection is not only preserved for future generations but shared with a wide public, as it so deserves. Please visit our donations page to help support this collection.

Highlights of the collection are featured in this

A more extensive sampling of the photographic treasures included in this collection is available in this digital exhibit: 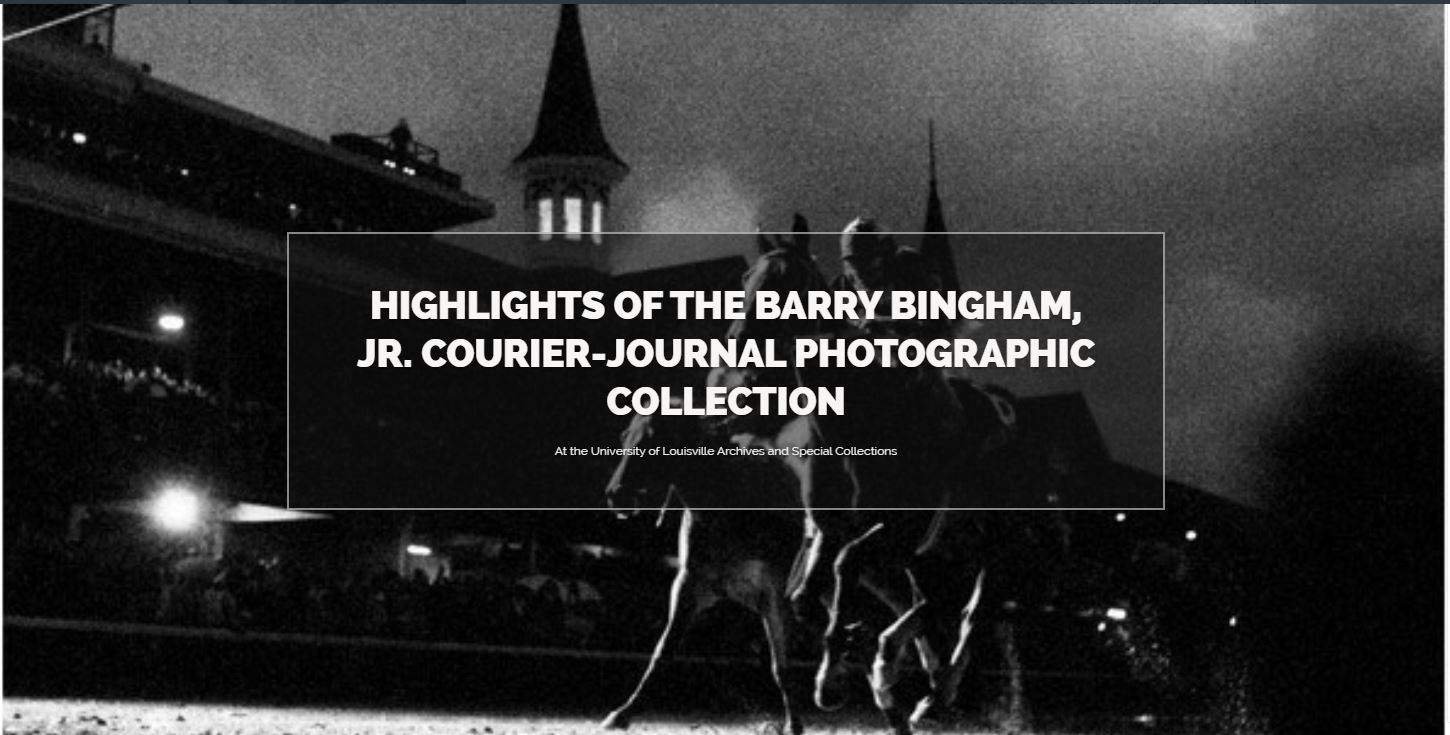