Various responsibilities have been devolved from the central British government and Parliament at Westminster to the regions of Wales, Scotland, and Northern Ireland. Devolution has happened at different times and to differing degrees in each region, and it is important to remember that most British law applies to the entire country (see United Kingdom current & historic tabs).

For more on the judicial systems in each region, see the Supreme Court's guide. 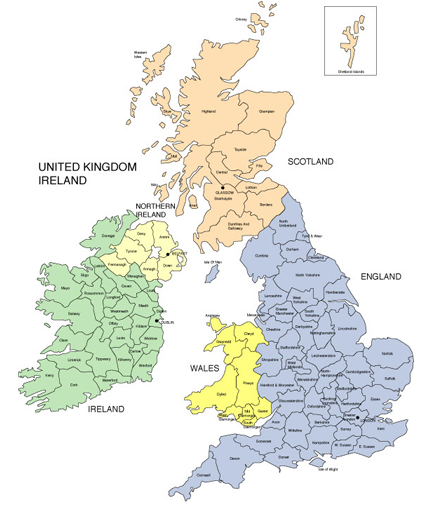 Limited powers were devolved to the Welsh Assembly and Government in 1998.

In general, Scottish legal treatises are cataloged under KDC.

The Law Library holds historic Scottish case law in the Sub-basement in range 21 - 22. Many additional primary sources of Scottish legal history are reprinted in the publications of the Stair Society. An Introductory Survey of the Sources and Literature of Scots Law (No. 1) and Introduction to Scottish Legal History (No. 20) are good starting places for a study of historic Scots law.

The powers devolved to the Northern Irish Assembly and Government are not as extensive as those devolved to Scotland.

The unique history of Northern Ireland can make research complicated. Although devolution of powers began in 1998, they were suspended from 2002-2007 when all powers were once again centralized at Westminster.

The court system of Northern Ireland is also separate from the system in England and Wales.