To show a sample of what this looks like, a video of this procedure on a different patient is seen at:

The part of the video that shows the entry of the contrast-enhanced saline into the right colon and cecum, initially outlining the mushroom-shaped intussusception bulging out of the ileocoloc valve into the cecum, starts around minute 4:00 of the video, and as more pressurized contrasted saline is pushed into the colon, the intussusception eventually reduces and flow of contrast into the small bowel is seen at around minute 5:00. The view of the fluoroscopic camera is sometimes shown from the anterior-posterior angle and sometimes form the lateral (profile) angle throughout the procedure.

Jamie is returned to his hospital room and IV fluids continued. He initially rests well, but a couple of hours after the procedure complains of increased abdominal pain and nausea.

Abdomen is firm and pain increases with light tapping over any area of the abdomen as well as with hitting patient heels with fist with legs in locked extended position. He is unable to stand upright due to pain, and refuses to move to roll over due to pain.

The surgery team is notified of this change in his status, and examines him as well as ordering a plain abdominal film, shown below: 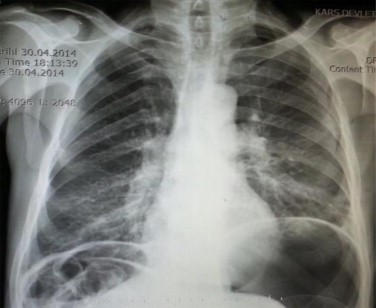 Due to the findings on physical exam and abdominal x-ray, Jamie is given a bolus of lactated Ringer’s, piperacillin/tazobactam IV and taken to the operating room for an exploratory laparotomy.  His cecum and small bowel are removed via the incision and delivered onto his abdominal surface, showing an abnormal outpouching of the ileum about 20 inches from the ileocolic valve. Clinical images are obtained, and one shown below. Examination of the abnormality shows hemorrhagic necrosis and perforation of the serosal layer. The outpunching is excised and the normal ileum anastamosed, and no additional abnormalities are seen with running the rest of the small bowel or in the abdominal cavity. His intestines are returned into his abdominal cavity, and his abdomen is closed. Estimated blood loss is 10 cc. 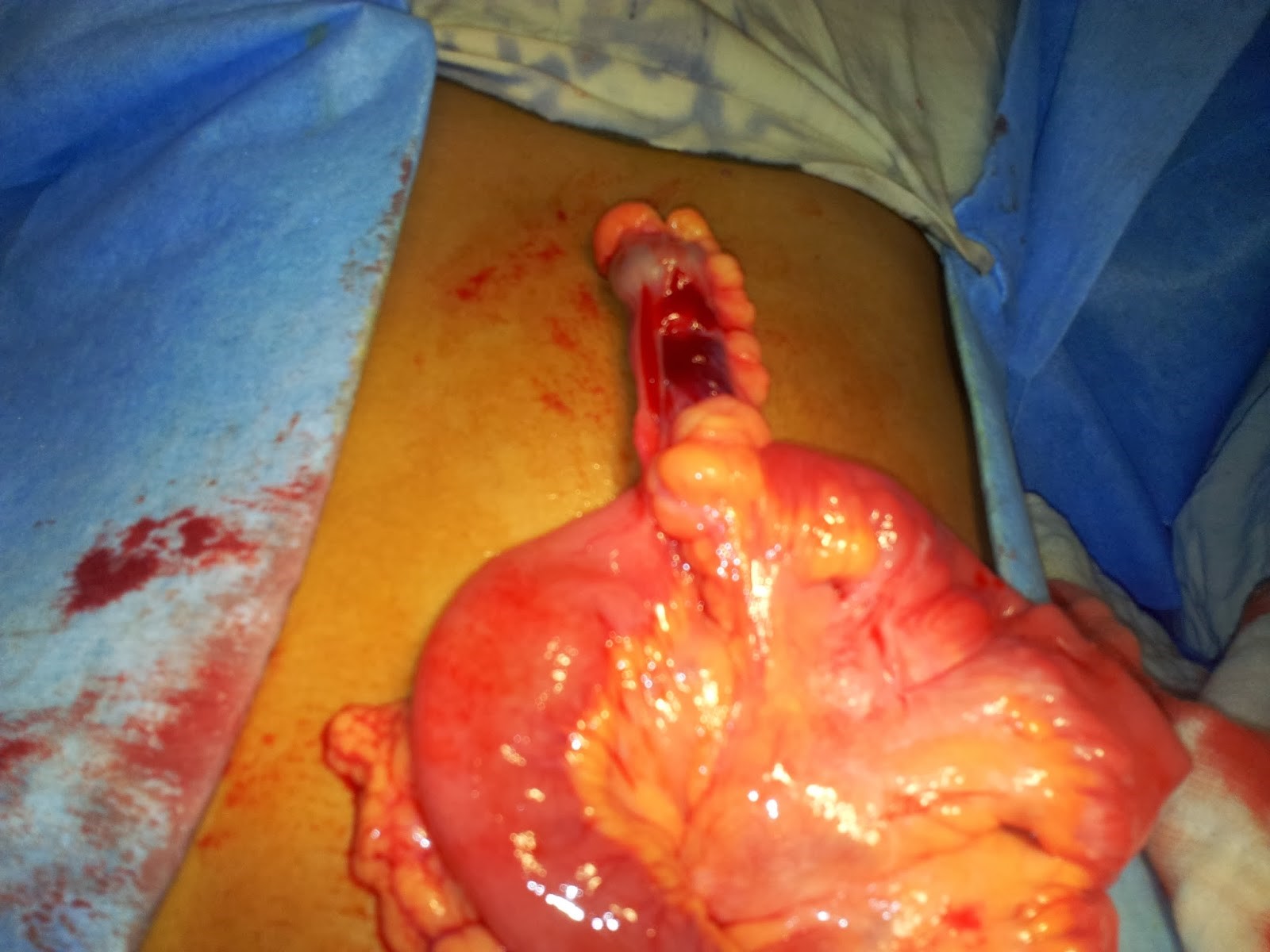