The Science of Matter, Space and Time 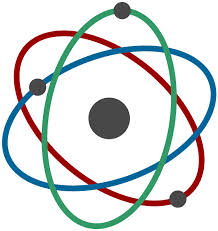 Have you ever wondered how often you could split a grain of sand into smaller pieces? Have you asked yourself what the sky is made of? Perhaps you have dreamed of traveling backwards in time?

Physicists are as curious as you are. They look for answers to questions that people have pondered since they first began to wonder about the world and their place within it. It often seems that for every

Particle physicists try to understand the nature of nature at the smallest scales possible. Today, we know that atoms do not represent the smallest unit of matter. Particles called quarks and leptons seem to be the fundamental building blocks - but perhaps there is something even smaller. Physicists are still far from understanding why a proton has about 2,000 times more mass than an electron. And on top of it all, scientists suspect a whole new class of undiscovered supersymmetric particles to complete the subatomic family.

Empty space, we have discovered, is actually not empty at all. Quantum effects constantly produce particles and antiparticles "out of nothing," only to have them disappear few moments later. And space itself can either be almost flat or curved, depending on the amount of matter it contains.

We have also learned that many subatomic processes can be reversed in time - but not every process. There are some small but crucial differences in the way matter and antimatter behave. Could it be the reason why our universe is made of matter, while antimatter has all but disappeared?

Astrophysicists have found that less than 10 percent of the mass of the entire universe consists of the kind of "luminous" matter that we can see. What is the dark matter that makes up the rest of the universe? How can we find out? Though we understand many important properties of the fundamental building blocks of our universe, there are untold mysteries still to solve.

We can imagine that this complicated array of moving things which constitutes "the world" is something like a great chess game being played by the gods, and we are observers of the game. We do not know what the rules of the game are; all we are allowed to do is to watch the playing. Of course, if we watch long enough, we may eventually catch on to a few of the rules. The rules of the game are what we mean by fundamental physics... Richard Feynman.  Source: Jet Propulsion Laboratory, NASA