The Second World War was documented on a huge scale by thousands of photographers and artists who created millions of pictures. American military photographers representing all of the armed services covered the battlefronts around the world. Every activity of the war was depicted--training, combat, support services, and much more. On the home front, the many federal war agencies produced and collected pictures, posters, and cartoons on such subjects as war production, rationing, and civilian relocation. 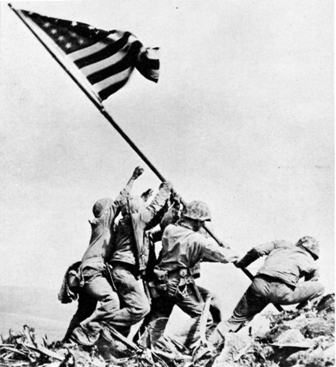