On April 25, 1898 the United States declared war on Spain following the sinking of the Battleship Maine in Havana harbor on February 15, 1898. The war ended with the signing of the Treaty of Paris on December 10, 1898. As a result Spain lost its control over the remains of its overseas empire -- Cuba, Puerto Rico, the Philippines Islands, Guam, and other islands. Source: The World of 1898: The Spanish-American War, Library of Congress.. 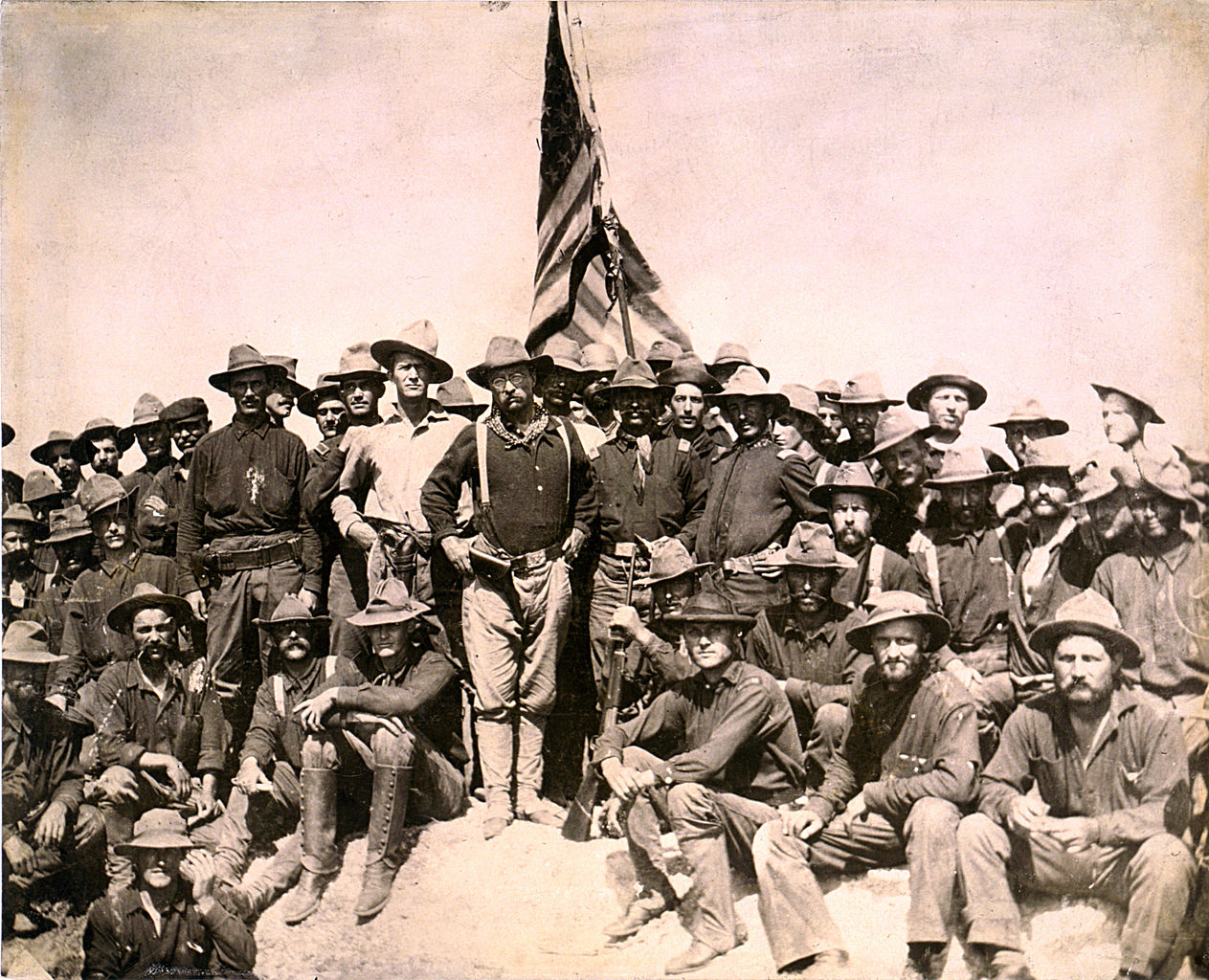 TR was a larger-than-life figure who gave our nation a larger-than-life vision of our place in the world.  Part of that vision was formed on San Juan Hill.  His Rough Riders were made up of all kinds of Americans from all walks of life.  They were considered unpolished and undisciplined, but they were true citizen soldiers.  By taking San Juan Hill, eventually they forced the enemy fleet into the Battle of Santiago Bay, where it was routed.  This led to the Spanish surrender and opened the era of America as a global power. Remarks by President Clinton at Medal of Honor Ceremony. Presentation of Medal of Honor to Theodore Roosevelt and accepted by Tweed Roosevelt for his great-grandfather. Source: The White House.