Plague is a bacterial zoonosis that causes high mortality (>50%) in untreated cases and has epidemic potential. It is best known as the cause of Justinian's Plague (middle 6th century) and the Black Death (middle 14th century), two devastating pandemics that killed millions and altered the course of history. A third lesser-known pandemic, began in China in the late 1800s, and spread to all inhabited continents, causing nearly 30 million cases and over 12 million deaths in the period 1896-1930. The Third, or Modern Pandemic prompted an intensive multinational research effort that resulted in the identification of the causative agent of plague (Yersinia pestis, a gram-negative bacterium) and conclusive evidence that rat fleas transmit the disease to humans during epidemics. Later studies indicated that smaller numbers of cases also arise as a result of persons being bitten by wild rodent fleas, handling infected animals, or inhaling infectious respiratory droplets coughed by persons with plague pneumonia. Others demonstrated that plague bacteria are maintained in nature through transmission cycles involving wild rodent hosts and flea vectors. Armed with this knowledge, public health workers were able to design and implement prevention measures that reduced the incidence and spread of plague in many regions. The effectiveness of these prevention programs was further enhanced in the mid-20th century by the development of improved and rapid diagnostics, effective antibiotics, vaccines, insecticides and rodenticides.

Plague in the United States 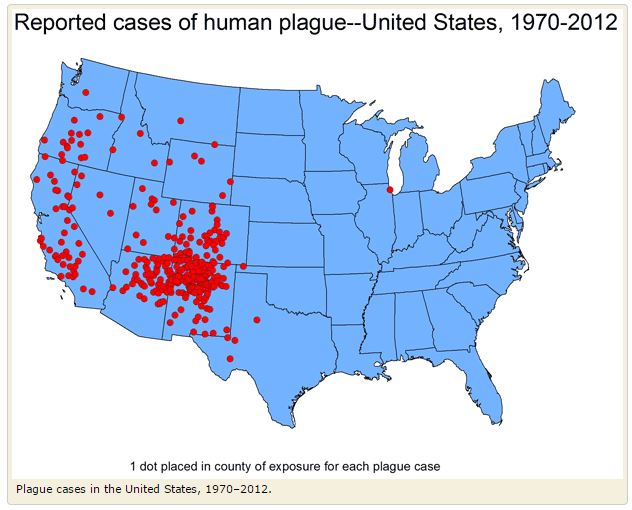