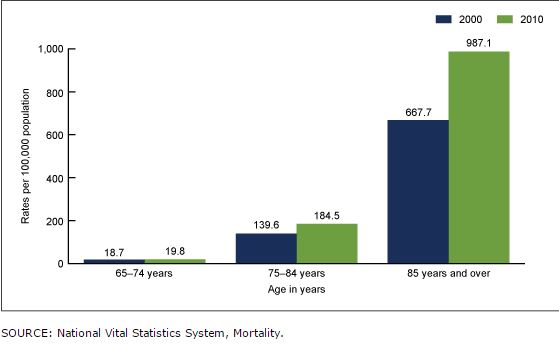 What is Alzheimer's Disease?

Alzheimer's disease (AD) is an age-related, non-reversible brain disorder that develops over a period of years. Initially, people experience memory loss and confusion, which may be mistaken for the kinds of memory changes that are sometimes associated with normal aging. However, the symptoms of AD gradually lead to behavior and personality changes, a decline in cognitive abilities such as decision-making and language skills, and problems recognizing family and friends. AD ultimately leads to a severe loss of mental function. These losses are related to the worsening breakdown of the connections between certain neurons in the brain and their eventual death. AD is one of a group of disorders called dementias that are characterized by cognitive and behavioral problems. It is the most common cause of dementia among people age 65 and older. Source:National Institute of Neurological Disorders and Stroke

Who has Alzheimer’s Disease?