Why Do Interest Rates Matter?

Why Do Interest Rates Matter?

Interest rates matter in many different ways that affect the U.S. economy. One way that interest rates matter is they influence borrowing costs. Lower interest rates, for example, would encourage more people to obtain a mortgage for a new home or to borrow money for an automobile or for home improvement. Lower rates also would encourage businesses to borrow funds to invest in expansion such as purchasing new equipment, updating plants, or hiring more workers. Higher interest rates would restrain such borrowing by consumers and businesses. The Fed seeks to set interest rates to help set the backdrop for promoting the conditions that achieve the mandate set by the Congress--namely, maximum sustainable employment, low and stable inflation, and moderate long-term interest rates. Source: Federal Reserve 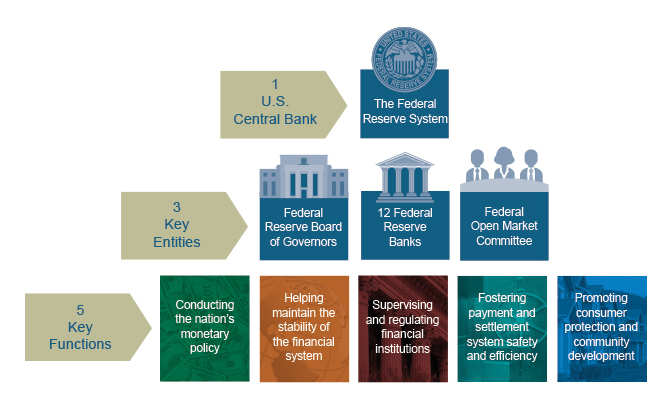 The Board of Governors in Washington, D.C., is an agency of the federal government. The Board--appointed by the President and confirmed by the Senate--provides general guidance for the Federal Reserve System and oversees the 12 Reserve Banks. The Board reports to and is directly accountable to the Congress but, unlike many other public agencies, it is not funded by congressional appropriations. In addition, though the Congress sets the goals for monetary policy, decisions of the Board--and the Fed's monetary policy-setting body, the Federal Open Market Committe--about how to reach those goals do not require approval by the President or anyone else in the executive or legislative branches of government.