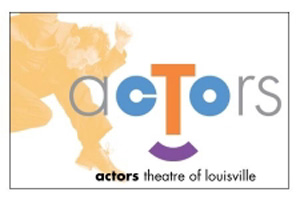 Actors Theatre of Louisville, the State Theatre of Kentucky, is internationally acclaimed as one of America’s most consistently innovative non-profit professional theatre companies.

The non-profit organization began when a pair of theatre companies, Actors, Inc. and Theatre Louisville, merged under the title Actors Theatre of Louisville. Housed in a tiny loft, formally the Gypsy Tea Room at 617 1/2 S Fourth Street, the company’s founding directors were Richard Block and Ewel Cornett. Quickly outgrowing its 100-seat domicile, the fledgling troupe moved to an abandoned Illinois Central Railroad Station at Seventh Street and the Ohio River. Louisville architect Jasper D. Ward converted the building into a 350-seat theatre, preserving most of the station’s interior structure. In May 1969, Jon Jory was appointed the theatre’s new producing director.

Due to demolition of the station to make way for a connector highway, the company’s final production at the station was Arthur Miller’s Death of a Salesman in May 1972. The theatre established a new complex in the old Bank of Louisville building and the adjacent Myers-Thompson Display Building on downtown’s Main Street between Third and Fourth Streets.

In 1976, Jory started the internationally celebrated Humana Festival of New American Plays, the preeminent annual showcase of new theatrical work, underwritten since 1979 by The Humana Foundation, that draws theatre-lovers, critics, producers and playwrights from around the world.