After the death of Anna, Harlan was alone in Payne Hallow. He reflects: "The first forty-three years of my life were spent under my mother's domination and the next forty-three years of my life were spent under my wife's, Anna. Now I don't mean by domination that they ruled my life entirely, they were both very considerate in a way, and I just mean that everything that I did I had to take them into consideration and they influenced me greatly. Those two forty-three years add up to eighty-six and since I'm eighty-seven, I've had one year on my own and I feel like I'm starting a new series."

Harlan Hubbard sought a life that was self-sufficient and in harmony with the natural world. It is ironic that because of this lifestyle he received a lot of attention.

Though Hubbard found the attention "disruptive" he is still flattered by the notoriety. 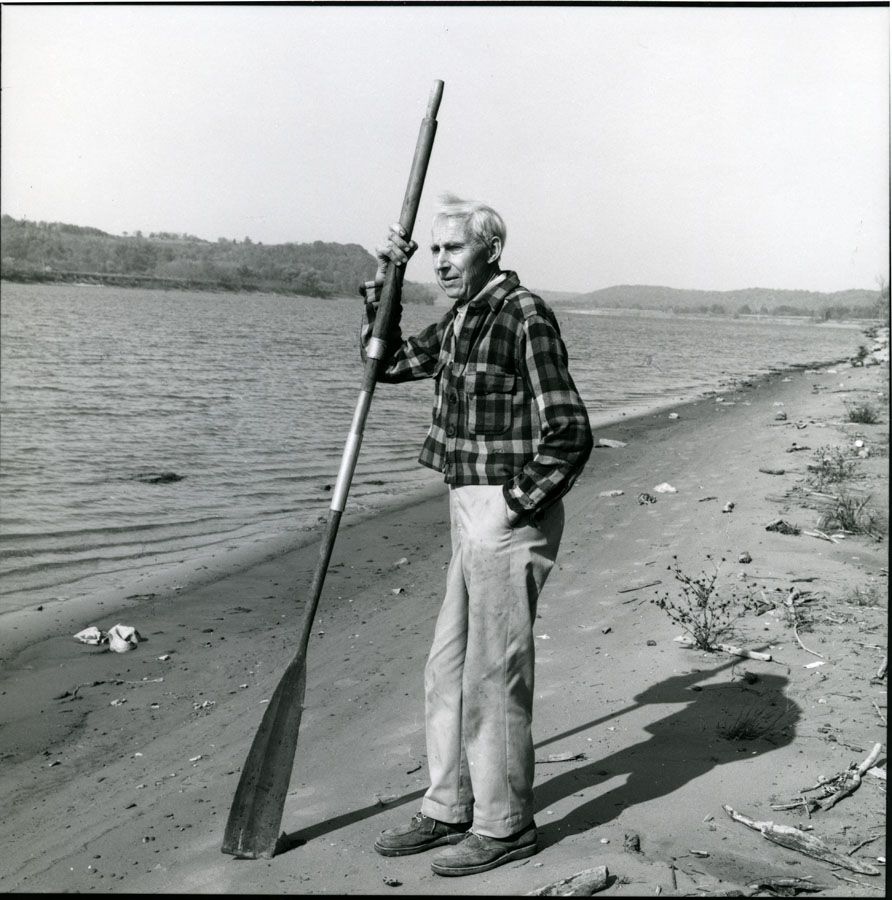 Hubbard on the coast of his beloved Ohio River, by Guy Mendes (1983.)

Hubbard admits that the oral history is first time he discussed religion at length. He is an "unbeliever" in an orthodox sense.

But Hubbard does have a religion - the natural world. All his life he has sought to live in harmony with the "heaven" that is nature.

Harlan Hubbard died in January 1988, a year after the oral history was conducted. He reflects that he never lost "amateur" status in any of his endeavors, but he is grateful for this. He has no regrets, if anything he wishes to take a steamboat ride. Hubbard says that his legacy lies in his creations.